Telefónica has integrated Netflix into its Movistar offering in Spain, allowing customers to access the SVOD service from a single platform and pay via one bill. 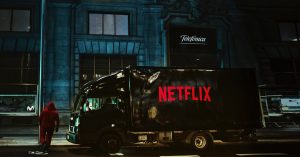 As of December 11, Movistar’s Fusión Total Plus, Total and Selection subscribers will be able to watch Netflix in HD or Ultra HD quality, with current Movistar customers eligible for three months free access.

New customers that take the Fusión Total Plus X2 package will be able to get football, sports, series, films and Netflix, for an introductory price of €85 per-month for the first three months.

The integration of Netflix into the Movistar+ TV interface means that Netflix content can be accessed through the different sections of the UI via the remote control and by searching for specific programmes.

“We want to offer our customers the best of our own and third-party content,” said Telefónica chairman and CEO, José María Álvarez-Pallete.

“In the same way that we integrate channels, today we have taken another step by integrating a platform, entering a new world to provide customers with a simpler content consumption experience”.

Netflix’s vice-president of EMEA business development, María Ferreras, said: “We want to bring the best entertainment to Spanish households and want people to enjoy their favourite series, films and documentaries. Today’s agreement and the new ability to easily access Netflix through the Telefónica platform makes this a reality.”

Telefónica and Netflix first announced their global partnership to integrate Netflix’s service into Telefonica’s TV and video platforms in Europe and Latin America back in May.

The deal was announced via a video posted to Twitter, which featured Netflix CEO Reed Hastings and Telefónica’s María Álvarez-Pallete confirming rumours of the deal and signing the contract.

At the time, Álvarez-Pallete described the agreement as “a big step forward in Telefónica’s bet on open innovation and collaboration with leading companies around the world.”

The Movistar-Netflix rollout comes after Telefonica’s Brazilian subsidiary, Vivo, started to integrate Netflix into its pay TV platform in October.