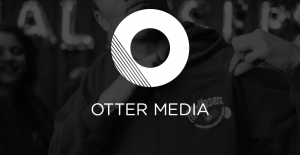 AT&T may be planning to effectively launch a new OTT TV offering following its acquisition of all of Otter Media, its streaming joint venture with The Chernin Group, according to a report by Digiday.

According to the report, Vrv, the subscription streaming video platform owned by Otter Media, has been in talks with broadcaster about bringing cable TV channels to the platform.

Vrv currently offers digital services such as those of Otter Media-owned Crunchyroll and Rooster Teeth alongside AMC Networks’ horror service Shudder and other offerings.

According to Digiday, citing unnamed sources, a number of traditional channels could joint the platform. Vrv told the news outlet that the platform remained focused on its core content targeted at the sci-fi, gaming, anime and animation audience.

AT&T is widely reported to be close to acquiring The Chernin Group’s stake in Otter Media, with a deal expected to close this summer following the completion of its acquisition of Time Warner.