Discovery and German broadcaster ProSiebenSat.1 have teamed up to launch a new integrated streaming platform for Germany that will incorporate ProSiebenSat.1’s 7TV and Maxdome services, Eurosport Player and a range of other content. The new OTT TV platform will be launched in the first half of next year. 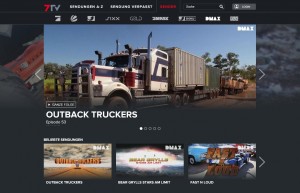 Discovery and ProSiebenSat.1 already collaborate in the 7TV venture

The pair said they aimed to attract 10 million users to the new offering in the first two years and that they were inviting rival commercial broadcaster RTL and public broadcast networks ARD and ZDF to join the venture.

Discovery and ProSiebenSat.1 said that the “pioneering OTT platform” would offer a full entertainment package of live channels and on-demand content, including local and Hollywood content and sports.

ProSiebenSat.1 and Discovery also aim to create original content specifically for the platform and said they would rapidly scale up their investment.

Discovery and ProSiebenSaty.1 said they were putting in place a team of 200 people to support the development and launch of the venture.

Conrad Albert, deputy CEO and group general counsel for ProSiebenSat.1, speaking at the recent ANGA COM event, said that a common OTT platform “that all of us could operate jointly” would be a good idea for Germany, and that there was no reason that ProSiebenSat.1 could not team up with RTL and others to launch such a platform.

ProSiebenSat.1 CEO Conze said of the Discovery JV that the two companies aimed to attract 10 million users to the new platform within two years and that the partners were “putting very significant resources and investment with urgency” into the venture.

“I am inviting RTL and ARD/ ZDF to join us so we can have one German champion. This is just the start of the journey; now we roll up our sleeves,” he said.

Discovery president and CEO David Zaslav said that the pair were “building a world class streaming service to nourish superfans in one of our most important international markets while also creating a new model for the future for viewers to enjoy their favorite content.”

Vassilev said: “All our efforts are focused on understanding what viewers want and building the best, most user-friendly product for German audiences. We have a fast-growing team with experts from around the world and can’t wait to show our platform and services in the first half 2019.”

The move is the latest in a series by established media players to counter the growing impact of internet companies on the business. Just over a week ago, French broadcasters France Télévisions, TF1 and M6 announced that they were teaming up to launch a national OTT TV platform under the Salto brand.

“This pact makes perfect sense: Maxdome has been doing reasonably well, for a service that is largely focused on providing local German-language content, with more than one million online subscribers. But it is competing in a cutthroat market that is dominated by the two big players Netflix and Amazon [with 2.6 million and 3.3 million subscribers respectively]. As the third biggest OTT video subscription service in Germany, Maxdome is twice as big as Sky Ticket [the German version of Now TV], but even so it is under pressure from both larger and smaller services,” said Tony Gunnarsson, senior analyst at Ovum.

Gunnarsson said that the creation of a unifited OTT pay TV platform would help boost ProSiebenSat.1’s OTT efforts, but argued that  “the stated aim of gaining 10 million paying subscribers within two years is however quite unrealistic”.

He said that Netflix and Amazon are expected each to have more than five million subscribers in Germany by 2021, and that a more realistic goal for the new Discovery-ProSiebenSat.1 JV is around 2-2.5 million subscribers by that time. “That is still a respectable size and one that will put it a good secure third place in the race for online video audiences in Germany,” he said.