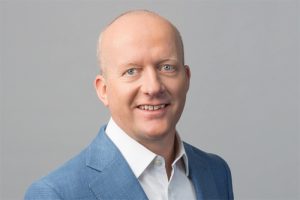 German broadcasters and platform providers would benefit from teaming up to launch a common OTT TV platform to take on the likes of Netflix and Amazon, according to a senior ProSiebenSat.1 executive.

A common OTT platform “that all of us could operate jointly” would be a good idea for Germany, according to Conrad Albert (left), deputy CEO and group general counsel for the commercial broadcaster.

Taking part in a panel debate at ANGA COM yesterday, Albert said there was no reason that ProSiebenSat.1 could not team up with RTL and others to launch such a platform.

“It is not easy to open up our own OTT platform to competitors but I think it could be to the benefit of all,” he said.

Albert said that US players such as Netflix and Amazon are not subject to the same degree of regulation as German media players. He said there needs to be a change to level the playing field.

“We are all hampered by regulation. I’m not afraid of competition but the media law, competition law and advertising regulations should all be amended,” he said, adding that this has to happen at EU level.

Speaking on the same panel, Lutz Schuler, CEO of Liberty Global-owned cable operator Unitymedia, said it was not too late for

German companies to jointly develop an OTT TV platform, but noted that a lot of time had been lost, allowing US companies to build a stronger presence in the market.