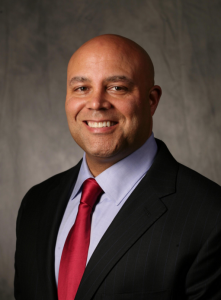 Regulators need to stop obsessing about “outdated” net neutrality and address the more pressing need to regulate the activities of internet technology giants, according to Michael Powell, president and CEO of the NCTA.

Speaking at Cable Congress in Dublin, Powell said that the war over net neutrality is dominating debate in the US and taking up unwarranted time, resources and “mindshare”.

“Net neutrality has become like mindless trench warfare,” he said. He said some “would have you believe” that “the battle for the net is the war to end all wars”. However, it is largely irrelevant for consumers, he said.

Net neutrality is based on the idea that the internet should be open and not owned by anyone, said Powell, but the reality is that all parties had championed internet freedom.

Powell said that net neutrality is “firmly entrenched”. However, the question of how to regulate the internet more generally was characterised by “a dispiriting lack of imagination” in the US, he said.

The “misguided imposition of common carrier law” or Title II regulation on cable in the US was a misplaced policy, he said, adding that telecom networks are very different to the internet. These types of regulation “work too slowly” for the internet, he said. “Common carrier laws were designed for a slow moving telecom monopoly in the 1930s,” he said.

Title II regulations only apply to carriers and not tech companies, said Powell, adding that leaders made the “common mistake” of “fighting the last war instead of preparing for the next”.

The big concern for Powell is the market power of Amazon, Facebook, Google and Apple. He said that the scale of these companies demands a regulatory response. “Antitrust and competition policy has not yet fully evolved to address this,” he said.

Powell said regulation has to move beyond net neutrality to consider the interdependent nature of the internet ecosystem. Network providers are not really internet companies, but are the target of regulation. Policymakers should not look at infrastructure and internet companies separately, he said.

Fixed and mobile network operators are building next-generation networks and operators are “spending heavily to speed [networks] up” rather than “slowing them down”, as is claimed by some net neutrality advocates, said Powell.

“This is not the time to be engaged in a…backward-looking regulatory drive,” he said.

Powell said that regulators need to look at “too influential” big tech companies. “We should reject the fairytale stories of ‘do no evil’,” he said, describing the companies as “profit maximising enterprises” that are no different from any other.

Tech companies have to be held responsible for the content and activities that occur on their platforms, he said. They need also to be held accountable for privacy issues that they have an incentive to ignore, he said.

Powell said that big tech companies had squashed competition by buying out new entrants and this had to be looked at by regulators, said Powell.

Powell said that consumers were also increasingly concerned about their privacy being compromised by companies they had “no choice” but to use. Massive data collection and the application of AI will “massively increase our subjugation to algorithms”, he said.

Other concerns include “technology addiction”. Research has shown “harms to social relationships and mental health”, but policymakers had barely begun to address this, he said. Addressability could be used by “those with bad intent” to target disinformation and “precision propaganda”, he added.

“Fragmentation is dangerous in a democracy,” said Powell. “This demands a government response.”

Cybersecurity is another concern that policymakers need to address, particularly when consumers’ entire identity is held in the cloud, he said.