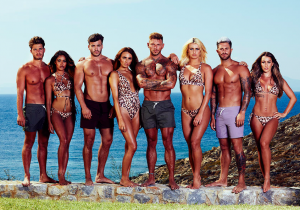 MTV’s Ex on the Beach

Viacom will launch a range of TV channels and content in Latin America through a deal with mobile streaming provider Movistar Play.

The deal marks the first time Movistar owner Telefónica has secured such an agreement for its mobile and broadband customers.

It is also a milestone for Viacom, marking the first time it has struck a deal for all of its flagship international channels, plus VOD content and mobile streaming apps with a mobile carrier.

Live feeds of MTV, Nickelodeon, Comedy Central, Nick Jr. and Paramount Channel will launch in the first part of this year.

Joining them will be a selection ofViacom’s mobile streaming apps, including MTV Play, Nickelodeon Play, Comedy Play and Noggin.

“Mobile streaming is growing in popularity across Latin America – to stay in touch with our young audiences we need our brands and content to be everywhere they are,” said Viacom’s senior VP of content distribution, Rita Herring.