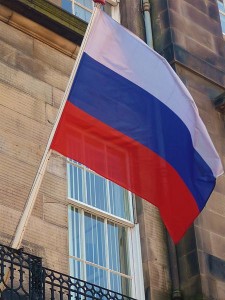 Netflix and Amazon Prime Video will withdraw from Russia due to new laws on OTT platform ownership, a leading analyst has predicted.

The services will boost the Eastern European SVOD sector “considerably” by 2022, but not in Russia, according to Digital TV Research.

However, this will not include Russian customers. A recent regulatory decree means foreign ownership of digital video platforms with more than 100,000 subscribers is limited to 20%, similar to rules for owning linear networks that has seen many broadcasters withdraw from the market.

“We believe that this will force Netflix and Amazon Prime Video to abandon their standalone platforms,” said Digital TV Research principal analyst Simon Murray. “This is a major blow to their global ambitions.

“Instead, they are likely to license their original content to a local platform. Amediateka already brands itself the ‘home of HBO’, so deals with other platforms are possible. Netflix has already done something similar in China with iQiyi.”

Losing Russian revenues would be a significant blow, as similarly tough media regulations in China mean neither Netflix or Amazon has been able to launch standalone services there.

Excluding the 6.8 million predicted SVOD subscribers in Russia, Netflix will control 35% of the regional market (21 territories) by 2022. Amazon will have a 12% share.

Overall, across all territories (including Russia), Digital TV Research is predicting 16.5 million subscribers, which is more than four times the number recorded at the end of 2016.

SVOD will become the region’s largest OTT revenue source by the end of this year, with the total hitting US$1.3 billion by 2022. In comparison, revenues came in at US$190 million (34% of total OTT revenues) at end-2016.

Digital TV Research also predicted revenues from OTT television and movies will reach US$2.23 billion in 2022, quadruple to the US$552 million recorded in 2016. Russia will account for 46%, with Poland second at 19%.