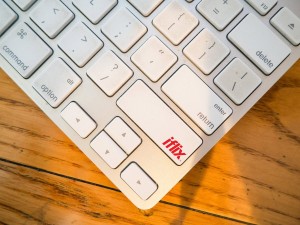 Emerging market SVOD service Iflix has completed a US$133 million (€113 million) funding round led by US media giant Hearst.

Iflix has now raised in excess of US$220 million this calendar year and said it will use the latest round to invest in its local content strategy.

Last week the firm debuted its first original production, Oi Jaga Mulut, in its home market of Malaysia. In the Philippines Iflix recently commissioned an original drama series in collaboration with Philippine TV host and actress, Kris Aquino, while in Indonesia it is streaming live football in partnership with TVOne.

“As Iflix continues to grow and pioneer new ways for consumers to enjoy entertainment on their terms, we were looking for a partner who could bring additional expertise and knowledge to our business,” said Iflix co-founder and group CEO, Mark Britt.

“Hearst is a leading investor and has many of the world’s most innovative and iconic video brands, including ESPN, A+E Networks, Vice, AwesomenessTV, Complex and more. This collaboration significantly deepens our bench of experts with our longstanding partners Evolution Media, Sky and Liberty Global to help drive Iflix’s continuing growth.”

“Iflix is riding the wave of exponential growth of the middle class in emerging markets that want more access to premium regional, local and Western content,” he said.

Iflix previously raised US$90 million in March this year from a group of new investors including Liberty Global and Middle East telco Zain.

The company first went live in Asia in May 2015 and in the past year has expanded from four to 19 markets across Asia, the Middle East and Africa.

In June the firm opened an office in Cape Town, South Africa, and said it was planning initial SVOD service launches in Nigeria, Ghana, Kenya, Tanzania and Zimbabwe in Q2 and Q3 of this year.

The company also has local distribution partnerships with 27 telecoms operators across its territories, which bundle the Iflix service with customers’ mobile and data subscriptions.