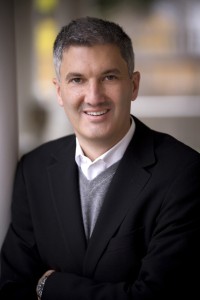 Kliavkoff joins from Hearst, where he was co-president of entertainment and syndication – the company’s largest division that is responsible for: Hearst’s cable television networks, including ESPN, Lifetime, A&E and History; television production and distribution; newspaper syndication; and merchandise licensing.

He takes over from Jaunt co-founder and interim CEO Arthur van Hoff, who will now resume his role as chief technology officer.

Van Hoff stepped up to the top job in May following the departure of previous CEO and company co-founder Jens Christensen, who said at the time that he had decided to move onto his “next adventure” after three years at the helm.

Kliavkoff has a background in TV and digital. Prior to Hearst he was chief digital officer at NBCUniversal, where he was among the team responsible for the creation and launch of Hulu and then worked as the on-demand service’s first boss.

Before that he was an executive vice-president for Major League Baseball Advanced Media, where he oversaw MLB’s online and mobile subscription and licensing businesses as well as all business development.

“His proven track record for introducing forward-thinking video technology platforms to mainstream audiences makes him an exceptional fit for us. The board and I are thrilled that he is joining the company.”

Kliavkoff said: “Jaunt is set to dramatically change the way people enjoy immersive content, and the company is setting the bar in innovation and cinematic storytelling excellence in virtual reality.”

For his new role, Kliavkoff will relocate from New York City to Silicon Valley. Jaunt is headquartered in Palo Alto, California, while its Jaunt Studios production arm is in Los Angeles.

The firm also has a European business office in London, an engineering and development office in Amsterdam, and as of this year a Shangai-based Jaunt China arm – the product of a joint venture with with Shanghai Media Group.

Jaunt is backed by a number of prominent investors, including Google Ventures, Highland Capital and Sky. Last September, Disney led a new US$65 million (€58 million) funding round in the cinematic VR firm, in which Sky upped its investment in the firm and ProSiebenSat.1 came on board as an investor.