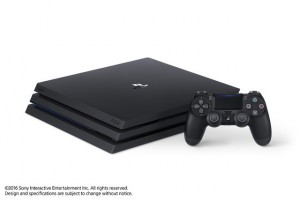 The PS4 Pro is due to launch on November 10, priced at US$399.99, and is equipped with a more powerful GPU and faster CPU, providing better images, smoother frame rates and richer and more detailed games.

In a blog post to introduce gamers to the new console, president and group CEO of Sony Computer Entertainment, Andrew House, said that Sony is also working with partners on streaming apps for the new console.

“We know a lot of our fans watch movies, TV shows, and videos on their PS4, so we’re working with our partners who offer best-in-class streaming services to build new apps for PS4 Pro,” said House.

“Netflix will launch a new app at the launch of PS4 Pro that supports 4K. YouTube is also developing a new 4K-compatible app for PS4 Pro.”

He added that that Sony is adding high dynamic range support to all models of PS4, even systems dating back to 2013, as the company believes “the impact of HDR on gaming and entertainment is so promising.”

Alongside the PS4 pro, Sony is due to introduce a slimmer, lighter version of the PS4 on September 15. This will have the same functionality as the older PS4 but it is 30% smaller in volume, 16% less weight and its power consumption is down 28%.