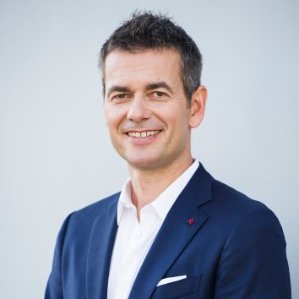 YouTube’s business accelerated in the last 18 months amid an influx of online video competition, though the company trails Netflix in terms of traffic, according to Robert Kyncl.

Speaking at the DLD conference in Munich this morning, YouTube’s chief business officer admitted that YouTube trails Netflix by share of web data traffic, describing its rival as “the 800lb gorilla”.

However, Kyncl said that the general broadening of the online video market has been beneficial to YouTube, as “the rising tide lifted all boats and we have a sizeable boat.”

“There has been tremendous influx of competition in the video space and what has happened in the middle of that is that our business actually accelerated, because I believe that the sheer amount of people in online video has generally increased the awareness of online video and the general satisfaction of it for the average consumer.”

Asked about Virtual Reality, Kyncl said that YouTube is excited about the advent of immersive video, as over half of the video service’s viewership comes from mobile phones.

“The VR experience and 360 experience is the first time that mobile is actually more advanced than just an app or TV. We obviously have a lot of interest in that area so we’re helping in any way we can – whether it’s on the capture side or content creation side to make sure that that content is coming to us,” said Kyncl.