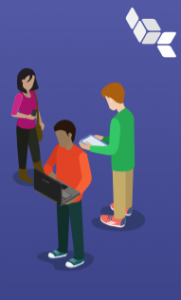 Roughly a third of European viewers now use mobile and tablet devices to watch video content, with four in ten using more than one screen as part of their viewing habits, according to new research.

The study, conducted by technology market research firm Vanson Bourne on behalf of Brightcove, found that 33% use a mobile and 34% use a tablet to watch TV, even though 75% of viewers stated a preference for PCs and laptops.

Brightcove said these habits prove the continued need for high-quality, cross-platform services, with the ‘anywhere, any device’ requirement “now an expectation for audiences – not a nice to have.”

The study found that 41% use more than one screen as part of their viewing habits, with this ‘second-screening’ adding both an opportunity and a risk for broadcasters— “an opportunity to create interactions across both screens (through social channels, for example), and a risk through added competition for attention from the second screen.”

Elsewhere, the study found that online video content is “now being consumed 24/7” – with 55% of viewing taking place in the evening, 24%in the daytime, 15% overnight and 6% in the morning.

In terms of advertising, 41% of respondents said advertising was a “nuisance”, but over four in ten said they expect advertising if the content is free.

“Despite all these evolving patterns in viewers’ expectations and preferences for digital television, across the board audiences are looking for relevant, varied and high-quality content that entertains or informs them, across platforms and screens,” said Anil Jain, ‎senior vice president and general manager, media at Brightcove.

“As broadcasters plan for their future, extra care should be taken to marry rich content with optimal delivery, discoverability and relevant advertising in relation to both the content and viewer. The more tailored the content is, the more accepting viewers are to advertising – which in turn helps broadcasters achieve business goals.

The research surveyed 4,000 consumers across the UK, France and Germany about their video consumption habits, preferences and tolerance for advertising.