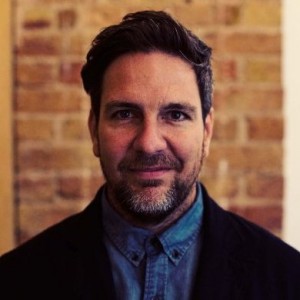 YouTube’s skippable ad-format “cannibalises” inventory, with non-skippable ads the preferred format for getting across a brand message and for helping content makers generate revenue, according to Maker Studios exec Dan’l Hewitt.

Speaking at the Future of Digital Media Distribution conference in London yesterday, Hewitt, who is UK managing director at Maker, said that while YouView’s TrueView skippable ad format is “wonderful” for YouTube, “the long ads are worth a lot more money.”

“Because Google is fundamentally a performance-driven advertising business, it [TrueView] makes a lot of sense. But it cannibalises the inventory that we’re all creating, because advertisers love buying that pay-per view ad format,” said Hewitt.

“I hate to say it, but actually what we want to do, and what Google are doing, is Google Preferred, which is bucketing all of the best content creators in all different areas – that’s broadcasters, rights holders, the music labels, the cream of the vloggers etc – into a premium content offering that advertisers pay a lot more money for. So they’re really pushing hard in that space so we can support them on that.”

Hewitt said that Maker tries to convince the advertisers that it speaks to of the value of the non-skippable ad format. “They buy on a fixed CPM, which means that you or a channel owner are going to make a lot more money. Also the argument for the brand is it’s much more impactful for you as an advertiser,” he said.

Maker Studios also launched its own ad buying initiative at its NewFront event in New York last week. Hewitt described Maker Select, saying: “we’ll use our own audience data as well as data pooled from Nielsen and YouTube and other social networks to allow advertisers to effectively plan and buy through Maker across all of YouTube, not just the Maker Network.”

The Google Preferred programme collects together the most popular YouTube channels among the US 18-34 year-old audience across 14 categories – including beauty and fashion, music, technology and videogames. The scheme allows YouTube to offer brands a premium ad opportunity.

YouTube supports non-skippable InStream ads, but currently not all YouTube partners have the ability to enable this option, which is typically reserved for select channels with high viewing figures.