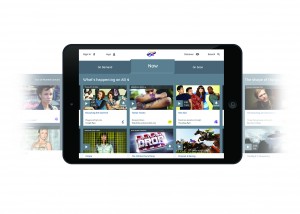 Advertising on TV on-demand players outperforms YouTube for viewer acceptance, engagement and attention, according to research by Channel 4.

The UK broadcaster made the claim at the same time as it unveiled plans to launch an online, targeted ad product from next year. This digital marketplace will allow advertisers to buy advertising programmatically – with access to viewer data – on its forthcoming, revamped VoD platform, All 4.

Channel 4’s research, which it did in partnership with Cog Research and Neuroscientist Dr Amanda Ellison at Durham University, claimed that its 4oD player grabbed 80% of respondents’ attention versus YouTube’s 20%

“YouTube’s cluttered visual environment increases the work a viewer’s brain has to do by 50% as they process what to watch next whilst the ads are playing, reducing their ability to concentrate,” said Channel 4.

It also claimed that five seconds of free YouTube airtime is “unlikely to be of any significant benefit” as viewers were impatient to skip the ad when given the option to do so and were less inclined to engage.

Channel 4 said that its targeted ad product uses its growing viewer database of more than 11.5 million registered viewers, which, according to its measurements, includes half of all 16 to 34 year olds in the UK. It will also use its viewer insight panel ‘core4’.