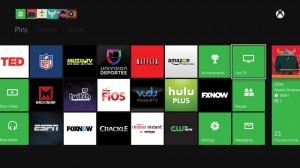 Microsoft has announced the “first wave” of launch partners for its new Xbox One games console, including Netflix, Eurosport and Machinima.

In Europe, where Microsoft is due to launch the Xbox One on November 22, the firm announced content partners for seven countries – Austria, France, Germany, Ireland, Italy, Spain and the UK.

Videogame themed content provider Machinima will be available on the console in all of these markets, as will music video service Muzu TV and conference talk producer TED.

In six of the seven European markets, excluding France, the Eurosport Player app  – an online simulcast service of the Eurosport and Eurosport 2 TV channels – will be available.

In the UK, Sky’s Now TV, Tesco-owned VoD store Blinkbox and catchup services from the terrestrial broadcasters Channel 4 (4oD) and Channel Five (Demand 5) will also be available. However, the BBC iPlayer is notably absent.

Other regional channel partners include Canal+, SFR TV and MyTF1 in France, and Gol Television and RTVE in Spain. All the entertainment apps will be available to Xbox Live Gold subscribers.

“We set out to make Xbox One the all-in-one games and entertainment hub for your home. The one system that offers the best games next to the best entertainment experiences and apps. Along with offering a stellar app portfolio from around the world, Xbox One takes the next step by offering them in a way that is seamless and easy to use,” said Marc Whitten, Xbox Chief Product Officer.