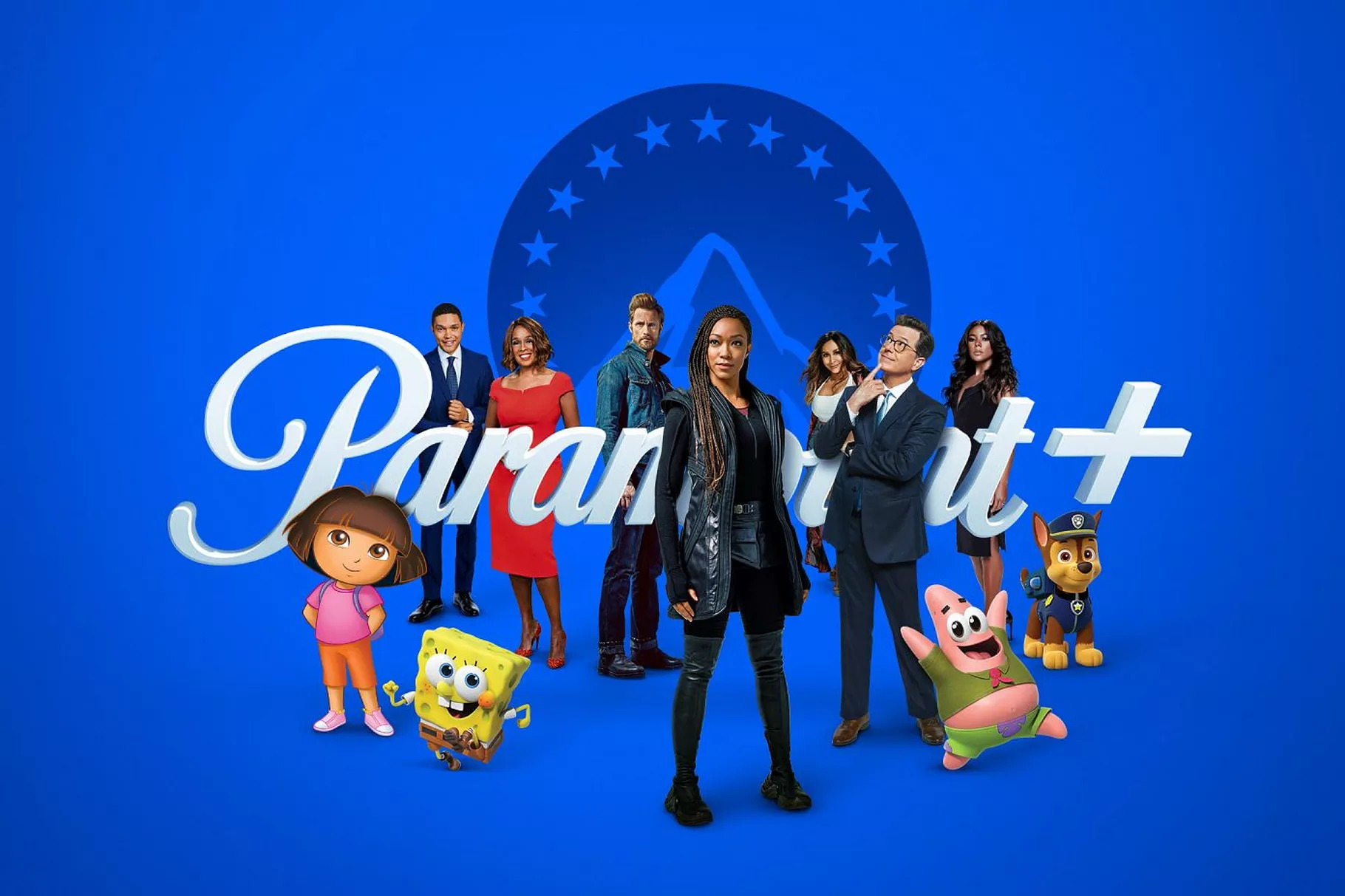 Long in the works, Paramount+ was officially shown off to the press this week ahead of its March 4 launch.

While CBS All Access was on the peripheries of the streaming zeitgeist, Paramount+ is ViacomCBS’s big play to enter the same sphere as its domestic broadcasting rivals who have launched HBO Max and Peacock in the past 12 months.

However, there persists a scepticism over how Paramount+ will stack up against its competitors and cynicism that it may be too little too late for ViacomCBS in an already crowded market. A cursory search on Twitter would indicate that some consumers are frustrated that the shows they’re used to watching on Netflix will be disappearing from the service, while overall feelings towards Paramount+ pale in comparison to the fervour which emerged in the build up to Disney+’s November 2019 launch.

Opinions on Wall Street range from  Needham Co.’s Laura Martin’s advice to sell Netflix and buy ViacomCBS stocks, all the way to Sanford Bernstein Co.’s Todd Jeunger who said that the streamer “lacks the global scale of competitive offerings.”

While an October 2020 report from Parks Associates said that there is little evidence of streaming fatigue in the US, the compelling offers presented by Disney+ with its bottomless pit of iconic IP, Netflix’s with its muscle, and even HBO Max with its 2021 cinematic experiment have created a highly discerning audience which will not suffer fools gladly (just ask Quibi).

All of this begs the question not of whether consumers are willing to add another US$4.99 per month subscription (that much has already proven to be true), but rather whether Paramount+ can live up to the standards of its top-tier peers and be a compelling alternative.

Making a mountain out of a molehill?

Paramount+ , which is a rebranded version of CBS All Access, will launch next week in the US, Canada and Latin America with more than 30,000 episodes and 2,500 movie titles across a wide range of genres. In addition to this, the streamer will feature 24-hour live news and over 1,000 live sports events per year.

The amount of content on offer puts it in a strong position. At launch, HBO Max offered its customers 15,000 hours of content, while NBCU’s Peacock started life with 13,000 hours of free content, upped by a further 7,000 hours with a premium subscription. 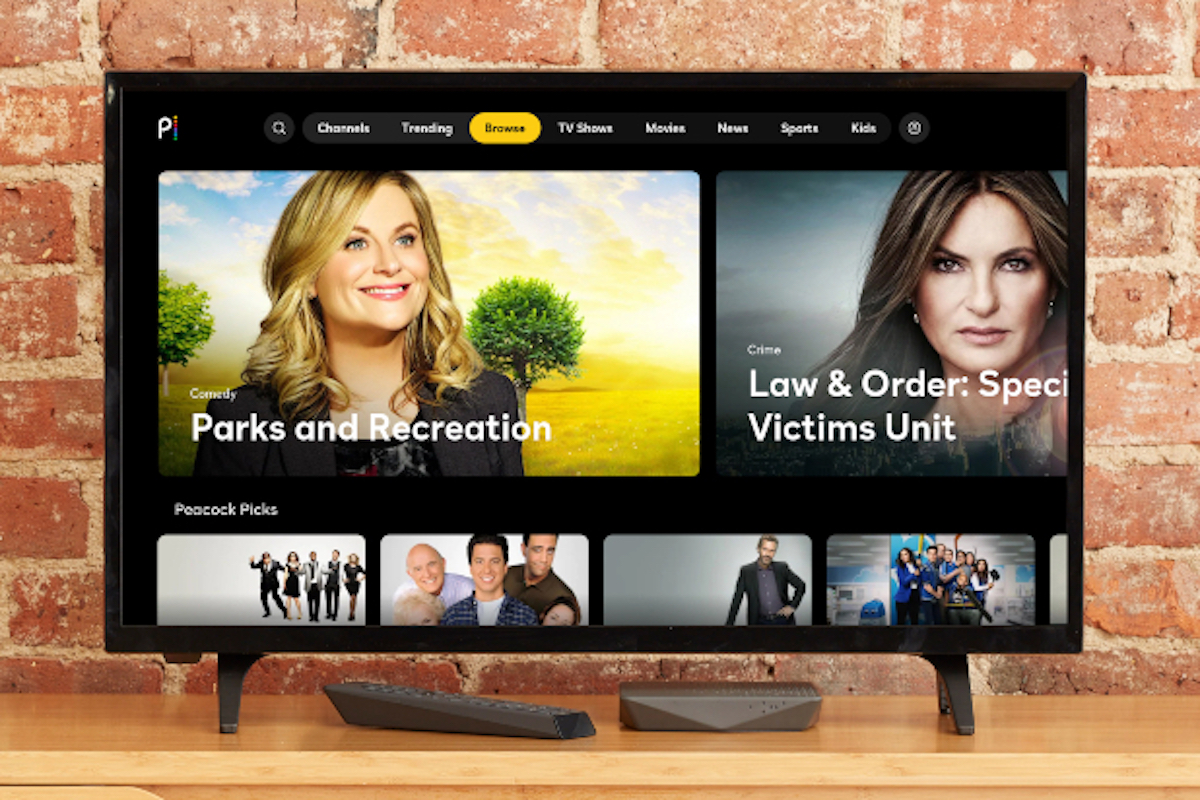 Numbers however are just that, and an hour of compelling TV is still better than a million hours of bad content. Looking more closely at the streamers against which Paramount+ is most closely tied – HBO Max and Peacock – shows differing strategies from a content perspective.

HBO Max, as its linear namesake before it, is focused on big-budget prestige shows and movies. The service leans on decades of must-see TV like The Sopranos and Game of Thrones, along with DC superheroes and the aforementioned 2021 Warner Bros. cinematic slate. Warner doesn’t expect users to spend all their time on HBO Max, but they want their customers’ most memorable viewing experiences to come from the streamer.

Peacock meanwhile has taken a decidedly more laid-back approach with an aspiration to be America’s comfort TV streamer. An unfussy user experience correctly identifies that a significant chunk of Peacock’s customers will be there to watch one show – The Office. A mainstay on Netflix for years, The Office on Peacock alone captured 9.2% of the country’s entire streaming time in the first week of 2021. Other favourite sitcoms from the 20th and 21st centuries also litter the service including Brooklyn 99, Parks and Recreation, Cheers and Punky Brewster (including a just-launched reboot).

Both streamers also benefit from being free to view for millions of homes who are already subscribed to HBO’s linear channel or Comcast’s Xfinity pay TV service. At present, Paramount+ has no such offer and is yet to announce any major distribution deal which would capitalise on a captive market. ViacomCBS instead will look to build on 30 million existing streaming customers across CBS All Access, Showtime and Pluto TV to grow Paramount+.

While this piece is about Paramount+, this diversion shows that the ViacomCBS streamer’s competitors have a clear identity. It is harsh to expect the same from Paramount+ ahead of its launch but the tagline of “A Mountain of Entertainment” does little to actually exemplify what the service is or who it is for.

What is the point of Paramount+?

A well-argued piece from The Verge’s Julia Alexander on Paramount+ and ‘peak streaming’ states that “realistically, most of these streaming platforms don’t need to exist” and it is hard to a point to disagree with. CBS All Access provided its users with some interesting exclusive dramas to supplement streaming viewing elsewhere, but as a service pitched as an equal to Netflix Paramount+ lacks a unique selling point.

Avatar: The Last Airbender and spin-off series The Legend of Kora have grown to be cult hits in the streaming age

ViacomCBS has pointed to the popularity of its shows on other streaming service as evidence of potential for growth. Drama Criminal Minds regularly tops Netflix viewing charts in the US, while a recent resurgence in popularity for Nickelodeon animated series Avatar: The Last Airbender and The Legend of Kora has caused the network to launch a dedicated unit to create Paramount+ exclusive content.

The shows are recognisable, but, as The Verge‘s Alexander argues: “it’s unclear how many people associate those series with ViacomCBS or how many people will sign up for Paramount+ to watch those same series.” While these shows found an audience on a service practically everyone already has, it is unlikely that the same audience would be found on a nascent streamer with a fraction of the audience.

ViacomCBS has committed to ramp up original programming spend for Paramount+ to US$5 billion by 2024 (compared to US$1 billion spent on OTT-only content in 2020) and it will hope that this can translate to brand recognition, with a reboot of Frasier and video game adaptation Halo – which was previously announced for Showtime.

Paramount+ is also borrowing a page from WarnerMedia’s playbook, launching films including Mission: Impossible 7 on Paramount+ some 45 days after they’ve debuted in cinemas.

Ultimately, the initial strategy of Paramount+ appears to be a reactive rather than proactive one. Disney, in launching Disney+ knew exactly what it was doing, who it was for and what the roadmap was – even through a pandemic. HBO Max and Peacock have struggled in this regard, but have carved out niches since launch, niches that leave Paramount+ with little choice but to follow in their wake. Paramount+ is trying to do everything, because that’s all that is left to do.

Speaking this week, ViacomCBS CEO Bob Bakish said: “The launch of Paramount+ supercharges our strategy with a broad pay service that will be home to everything consumers love, all in one place: live sports, breaking news and a mountain of entertainment, at scale.”

There is no doubt that consumers do love all those things, but ViacomCBS has a mountain ahead of itself to convince those consumers that it is the company to deliver that content.