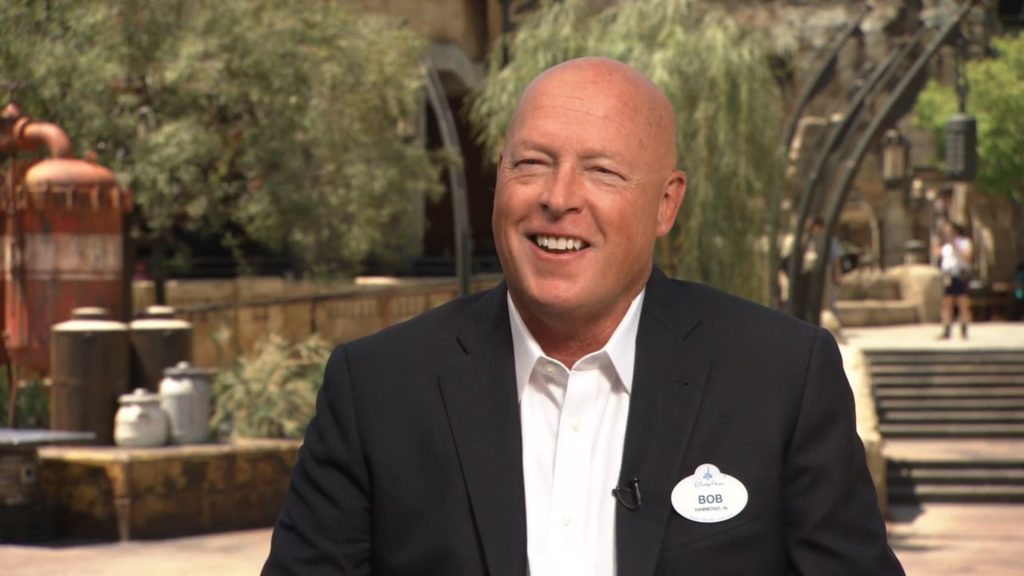 Welcome to the party, Mr Chapek, I hope you packed your ears.

Taking over from 15 year stalwart Bob Iger, the new Disney CEO is already well accustomed to the setting. After all, he’s been with the company for 27 years and has worked across pretty much every aspect of the business – most recently in parks where he oversaw the launch of two US$1 billion Star Wars-themed lands and the opening of a new resort in Shanghai.

Though parks was at the front of Bob Chapek’s old title, prior to this promotion he was technically the chairman of parks, experiences and products, a title he had held since the division’s creation in 2018. Representing the company’s largest business segment, the division encompasses (among other aspects) six resorts, a cruise line, a timeshare operation, consumer products, the online and physical retail business, and Disney’s videogame operations.

Merging the divisions under Chapek two years ago made sound sense. He had served as parks chief since 2015, and was the president of consumer products for four years before that.

Chapek also comes with the experience of time as head of distribution for The Walt Disney Studios and was also the president of Walt Disney Studios Home Entertainment, where he was responsible for coming up with Disney’s infamous ‘vault’ release strategy.

Suffice to say that the new CEO has been around the block and is no amateur, but he has big gloves to fill. Here are some of the key challenges facing Chapek as he takes the reigns. 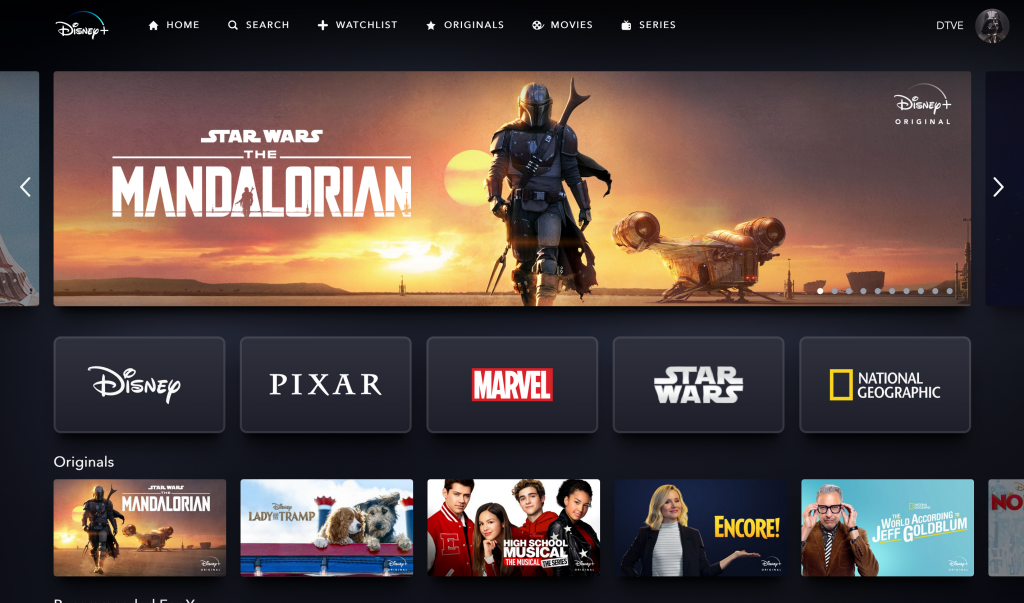 One of the first major milestones of Chapek’s tenure will be the second phase of rollouts for streamer Disney+. The SVOD is set for launch in the UK, Ireland, France, Germany, Italy, Spain, Austria, and Switzerland on March 24, India on March 29 through Star India’s Hotstar, with additional Western Europe markets, including Belgium, the Nordics, and Portugal, to follow in the summer.

Since launching in November in five countries, the streamer has exceeded all expectations, achieving 28.6 million subscribers in its first four months, making its 2024 target of 60-90 million subscribers seem like an alarming underappreciation of the company’s bottled lightning.

“Disney+’s subscription proved a runaway success,”   Sarah Henschel, media senior research analyst at Omdia. “Only the top three market leaders, Netflix, Amazon Prime Video, and Hulu, have been able to reach this milestone in the US market.”

The technical success of the international rollout will be defined by the teams under direct-to-consumer and international (DTCI) chairman Kevin Mayer, but Chapek will want to ensure a smooth and successful launch.

The company also needs to ensure that the “about 20%” of Disney+ subscribers who came from the Verizon deal stick around at the end of their free year, and that it can curb churn from its paying users – not just of those using Disney+, but of those also subscribed to ESPN+ and Hulu (which is now under the watch of president Kelly Campbell).

However, as Henschel points out: “It is worth noting that Disney is incurring significant operating loss on its DTC propositions. Under previous guidance the company was expecting its D2C business to hit profitability around 2024. And while the company is ahead of schedule in subscriber acquisition, they are not revising D2C profitability guidance at this point.”

Earlier this month, Iger said that making any adjustments away from the ultra-competitive US$6.99 per month price point (ARPU is currently US$5.56) is “not a priority of ours right now,” but there will inevitably come a point where pricing needs to be re-evaluated, and this will be a test of Chapek’s mettle.

From his recent experience, Chapek is well-versed in price increases. While in charge of parks, Chapek has overseen both gargantuan spending on attractions and significant increases in ticket prices. (As of earlier this month, the company’s most expensive ticket – an annual pass which covers both Disneyland in Anaheim and Walt Disney World in Florida – costs a staggering US$2,119 before tax, a year-over-year increase of US$170). This would indicate that when the time comes, Chapek will likely be able to make the unpopular call to up the streaming service’s cost. 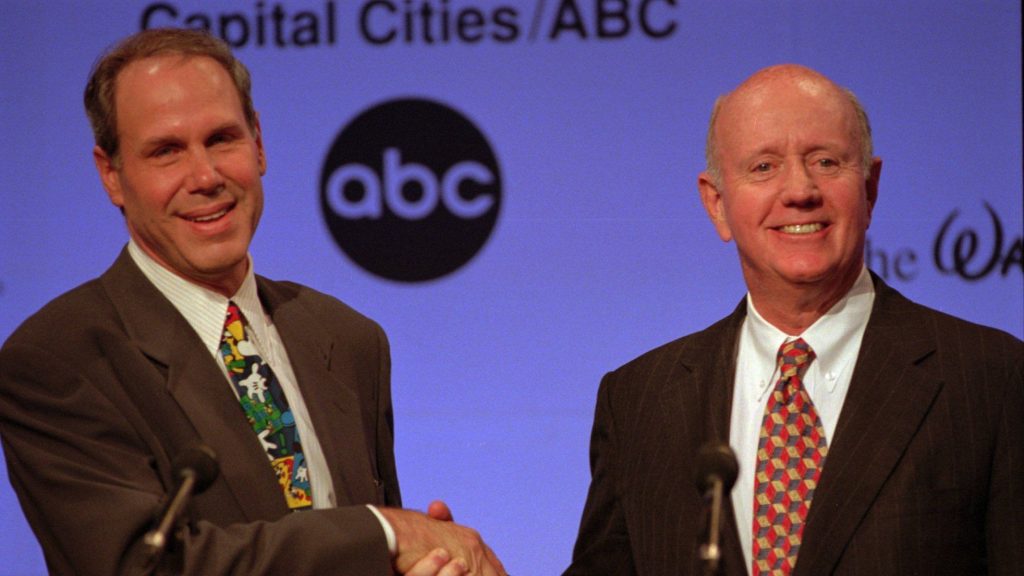 Chapek has more or less worked across the entire spread of Disney’s business, but there is one glaring omission pointed out in a sit-down interview with CNBC: broadcast.

Though Iger said that he has spent 45 years at Disney, he spent the majority of that rising up through the ranks of ABC to become its president prior to the US$19 billion purchase of the network by Disney.

With the company being so focused on its streaming business, it’s easy to forget that the company still operates a large number of TV networks internationally, ranging from the aforementioned ABC to those acquired in the US$71 billion Fox merger and Disney’s own range of Disney-branded channels. In addition, it owns 73% of National Geographic’s media operations and 50% of A+E Networks.

Chapek balked at the suggestion that this could be something of a blind spot, saying that his entire career had been about satisfying the wants of consumers through home entertainment, movies and parks. He guided the conversation back towards Disney’s D2C business, saying that the company’s strategy is more focusing towards creating a “one-on-one relationship with the customer without necessarily having a lot of middlemen in between.”

While the company these days prefers to avoid the ‘middlemen’, the fact remains that those networks still exist and it would be commercially impossible for them to disappear overnight.

Disney clearly sees a greater potential in the D2C model going forward – and Chapek’s experience in home entertainment will prove vital – but the new CEO will still need to keep shareholders happy with regards to broadcasting, even if the company foresees its importance diminishing in the future. 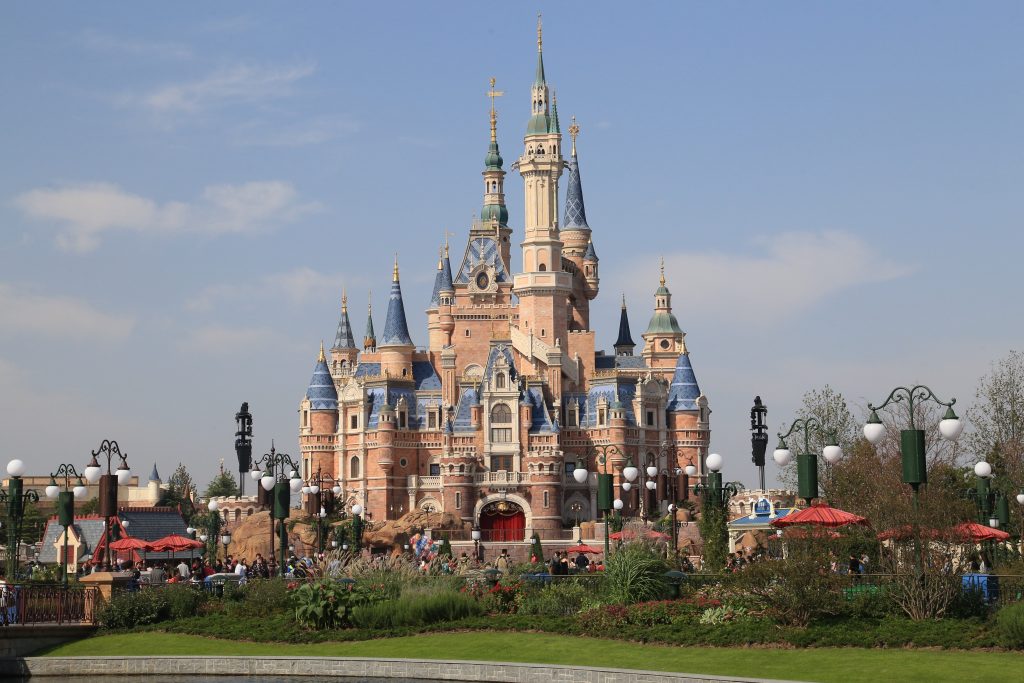 With Chapek now at the helm of the company, it has been speculated that the parks, experiences and products will once again be divided up. However, the largest immediate problem is the rapid spread of COVID-19 – better known as Coronavirus.

At time of writing, both Shanghai and Hong Kong parks have been shut for 33 days, and there seems no end in sight to the virus’ spread. And just as this is being published, Disney has announced that it’s shutting its Japanese theme parks for two weeks as a result of of the virus.

During Disney’s most recent earnings call, Iger warned that the two parks could be shut for up to two months, which could result in losses of up to US$175 million – though this is likely to be increased with the Tokyo parks being knocked out of action.

But with Coronavirus gaining momentum and Europe bracing for an epidemic starting in northern Italy, it would be short-sighted to assume that the company is not bracing for further impact, particularly to Disneyland Paris as we enter the busy Easter and summer holiday periods.

And this is without mentioning the company’s consumer products business, with factory production all over China being put on ice as the country grapples with the outbreak.

Even if the momentum of coronavirus is halted, it is still going to hurt Disney’s bottom line. In fact, Hong Kong-based Bloomberg writer Shirley Zhao went so far as to say that limiting its impact is Chapek’s “first big challenge.”

In the CNBC interview, Chapek was confident in the company’s ability to survive, saying that “while this is certainly a bump in the road,” Disney will “come through this challenge like we’ve come through every other challenge we’ve had.”

Expanding on those comments to Bloomberg, he said: “When you have a brand as strong as us with tremendous franchises and built-in consumer demand, we know that when we are able to re-open, we will come back better and stronger than ever.” 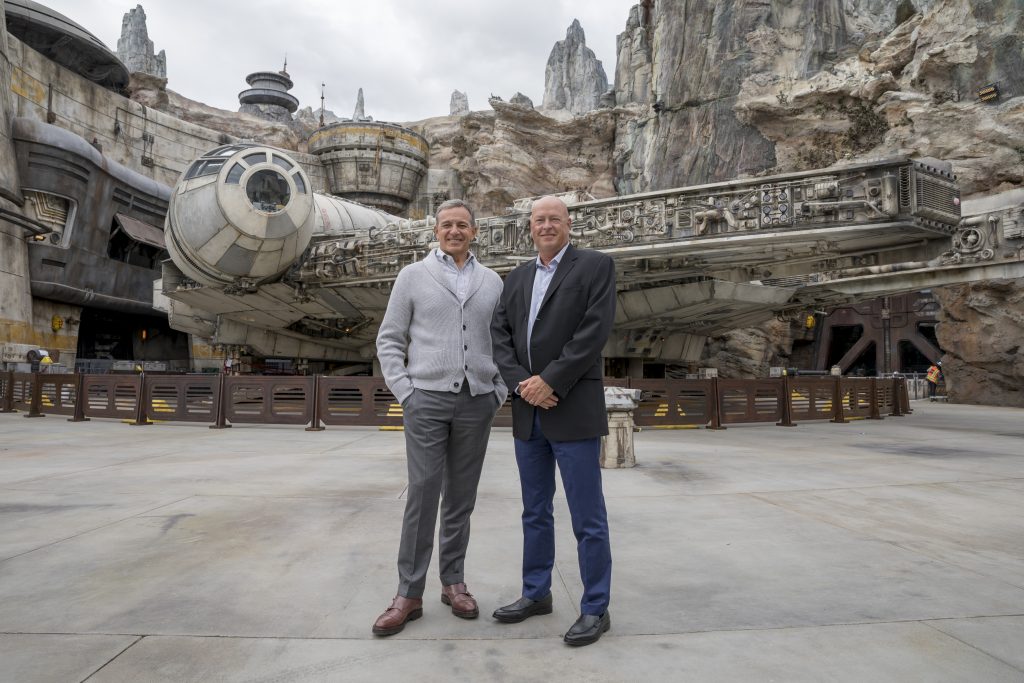 While described as a ‘dark horse’ candidate for the job by Variety, Chapek’s appointment is not a risky outside hire or a stratospheric push for a relative newcomer. It is arguably not even as much of a shock as when Iger was hastily appointed following the ousting of Michael Eisner.

Having steadied and drastically improved the ship since his 2005 appointment, Iger has laid out a clear succession plan (something Eisner was unwilling to do) and leaves Chapek with a thriving company.

However, this may prove a problem for the 60-year-old Chapek who is handed the thankless task of replacing a man who has been described by many as the ‘Babe Ruth of media executives’ – a man who hit it out of the park with every swing and went from strength to strength with seemingly expensive gambles that paid off in a big way.

And speaking to CNBC, Chapek came close to Veep’s Selena Meyer and her meaningless “Continuity with Change” campaign slogan. (Ironically, the HBO hit Veep was originally intended for ABC, but the Disney-owned network dropped the series after the pilot.)

“I think my role is now to take the strategic pillars that [Iger] so well established over the last 15 years, work on those and implement those in the marketplace – most importantly our direct-to-consumer initiatives,” he said. “But we also need to look around the corner for what disruption is going on in the marketplace that would necessitate a fresh look at those things.”

Perhaps Iger’s succession plan has been so well constructed – to the point that the man himself will serve as executive chairman and continue making the big creative decisions until the end of 2021 – that Chapek will struggle to make his mark.

With Iger being a universally praised figure who seemingly managed to balance Disney’s ‘magic’ and a ruthless streak with ease, any divergence from the current course will likely be met with wariness – both from shareholders and the general public.

Ultimately, Chapek’s legacy will be defined by whether he is able to make any bold strides of his own or whether he will just be the second Bob.