Pluto TV to launch in Nordics in May 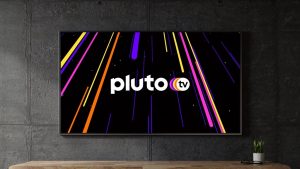 ViacomCBS/Paramount’s free ad-supported streaming offering Pluto TV is to launch in the Nordic market in May.

The FAST service will be available in Sweden, Denmark, and Norway on May 18.

Pluto TV’s channels will include content from Paramount brands and intellectual properties, Viafree shows, and third parties’ content through partnerships with international and local publishers, broadcasters, and distributors.

Content on the Nordic channels includes titles from Paramount’s library, such as Catfish: The TV Show, South Park, and Dora the Explorer, and movies channels including action, comedy, and thrillers.

In addition, a new extended on-demand free section powered by Viafree will include the best local series and reality shows like Frozen Roads, MasterChef DK and Amazing Makeovers. The on-demand service will have content from multiple international partners to be announced soon.

The service will be available on major streaming devices including TV, smartphone, tablet and PC with availability on Apple TV, Android TV, Amazon Fire TV, Chromecast, Samsung, LG and the iOS and Android apps available on the Apple Store and Google Play.

“Pluto TV in Nordics has an exclusive proposition. For the first time, we’re combining the streaming linear TV model that has already enchanted American and European consumers, with a new extended on-demand section powered by Viafree to offer the best of international and local content in one service. I’m confident that Pluto TV will capture the attention of the Nordics markets and consumers, quickly becoming a new destination both for fans of curated content as well as for clients and partners interested in investing in a new and unique streaming service,” said Olivier Jollet, general manager and SVP, Pluto TV International.

Lars Mossing SVP, ad sales, NENT Group, said: “We are looking forward to Pluto TV’s Nordic launch on 18 May. Viewers will be able to enjoy popular Viafree formats as part of Pluto TV’s offering, while we are able to offer advertisers an attractive proposition as the platform’s advertising sales partner in the region.”