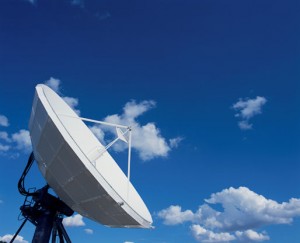 SES seems currently to be better placed as an investment opportunity than rival satellite operator Eutelsat, according to analysts at Berenberg – a reversal of the bank’s view of the two companies in past years.

In Berenberg’s view, SES makes a more compelling investment as it executes the launch of nine medium Earth orbit and five geostationary satellites this year and receivphase two C-band sale proceeds, giving it cash equal to 70% of its market value from the sale.

In total, SES is set to benefit from the sale of C-band spectrum to the tune of US$4 billion, reducing its indebtedness.

Berenberg’s analysts expressed some concern that the cash from the sale could be used to finance M&A, but noted CEO Steve Collar’s promise that any consolidation move would be “financially disciplined”.

Berenberg also noted that SES has minimum exposure to the Russian market, reducing risk in the current circumstances.

“If SES continues to deliver on its promises, and returns to revenue and EBITDA growth in 2023, we believe this should act to cause a re-rating,” the analysts said.

Assessing Eutelsat, Berenberg notes that growth expectations have now been pushed out to 2023-24 and that exposure to the Russian market is causing uncertainty, leading the analysts to conclude that “there is not much to like in Euteslat’s standlone investment case”.

On the upside, the bank notes that Eutelsat stock is “cheap, cash-generative and could feature in industry consolidation”.

Berenberg notes that 6% of Eutelsat’s revenue comes from the Russian market. While this has not so far been affected by Russia’s invasion of Ukraine, Eutelsat’s associate OneWeb has had to suspend launches from the Baikonur Cosmodrome because of Russian demands that the UK government sells its stake in the company.