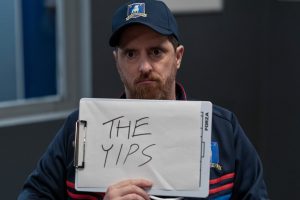 In addition to Sky Q set-tops, the Apple TV+ service will be available on Sky Glass – the operator’s integrated TV offering – when it launches in Germany at the end of next year.

The addition of Apple’s streaming service brings content including Ted Lasso and The Morning Show to Sky Q customers. Content is available ad free and on-demand with new Apple originals available each month.

The Apple TV+ app can be accessed via the Sky Q homepage and app areas of Sky’s advanced TV service and can also be called up via the voice-enabled remote control.

The addition of Apple TV+ to the Sky Q service follows a deal between the pair in October.

As part of the reciprocal deal between Sky and Apple, subscribers of Sky’s Now streaming offering will also be able to sign up for and purchase any Now membership on Apple devices using Apple in-app purchase, while Sky customers in the UK will be able to access Sky Go on Apple TV devices in the first half of 2022.

Now users in the UK will be able to both sign up and purchase any Now membership via the Now app on Apple devices.