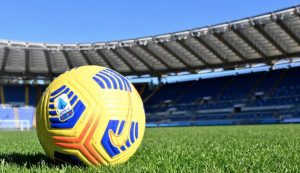 Telecom Italia (TIM) has downgraded its earnings forecast for the current financial year after its Serie A partnership with streaming service DAZN failed to fulfil early expectations.

TIM says that organic EBITDAaL for its domestic business unit is expected to decrease in the low teens, a worsening from the forecast communicated last October of a high single-digit decrease.

TIM said the change was due to lower revenues from wireline, partly attributable to the performance of the partnership with DAZN for the distribution of Serie A football.

The profit warning – the third issued by the telco – comes as tensions between TIM and DAZN have mounted. The streaming service’s coverage of Serie A, which was initially hit by a number of technical problems, has struggled to attract sufficient subscribers, with numbers hit further by a decision to allow users to pay once to view content from multiple locations.

TIM has pushed for a renegotiation of a deal that saw it agree to spend €340 million a season to finance DAZN’s acquisition of rights.

TIM is reported to be seeking a discount of up to €80 million per season on the sum it agreed to pay.

The telco said that any non-recurring provision wold be determined in light of the on-going re-negotiation of the DAZN agreement.