M7 and Canal+ Poland team up for first original series 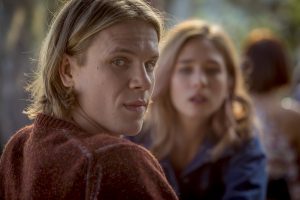 Pay TV outfit M7 Group has teamed up with its parent company Canal+ Group’s Polish unit to co-produce the pair’s first joint series, which will air  on M7’s platforms across Europe.

Planet Single: Eight Stories, co-produced by Canal+ Poland and M7, is a romantic anthology based on a Polish movie franchise with the same title. The episodes differ in tone and genre, variously exploring romantic comedy, dark comedy, suspense and drama on the common theme of love.

Series episodes are filmed against the background of European capitals Warsaw, Prague, Vienna and Amsterdam. In the course of 2022, the eight episodes of the Planet Single series will become available for subscribers of the various M7 television platforms throughout Europe.

M7 Group said the project demonstrated how it was benefiting from Canal+’s know-how and experience in the production of exclusive and high quality European fiction.

Stefano Colombo, VP content at M7 said: “A recent study by Canal+ among SVOD users in the Benelux and other European markets confirmed a strong – and unfulfilled – appetite for original and exclusive fiction content, with a European flavour. In that respect, Planet Single is ticking all the boxes and we are very excited to be involved in its current production. The fact that Planet Single is filmed in the capitals of various M7 markets adds of course an extra dimension.”