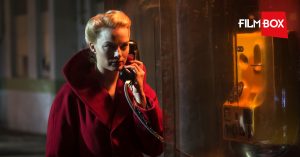 Channel provider SPI/FilmBox has struck a strategic partnership in the Netherlands making Bionic Media the exclusive sales house for its FilmBox service.

SPI said tha FilmBox has built up a large fan base in the Netherlands since its launch in May, citing audience measurement outfit SKO Light ‘s reports, which includes the channel as of November 14. I

n the first week of the measurement, FilmBox recorded 210,000 viewers, which grew in the second week to 263,000 viewers in the six-plus age range.

As a result of the growth, the company said, it is joining forces with sales house Bionic Media, which has been representing FilmBox since mid-November.

The boutique sales house will take care of spot sales and content and brand partnerships in the Netherlands.

“I am proud that FilmBox is taking this important next step based on the enthusiastic reception from Dutch viewers and television platforms and I am very happy with the collaboration with Bionic,” said Jeroen Bergman, general manager Film1 and FilmBox Netherlands.

Jacqueline Heemskerk, managing partner Bionic Media said: “We are delighted that FilmBox has joined Bionic Media. It is a nice addition and fits well in our portfolio of high-quality thematic channels with a clear target group.”