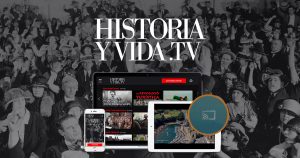 Alchimie said that Grimaldi d’Estra’s appointment would provide it with an experienced marketing and sales executive in charge to ensure the platform’s deployment in France and abroad.

Grimaldi d’Esdra, who previously was general manager of Universal Pictures Video France for over 15 years, will be in charge of implementing Alchimie’s operational strategy by building partnerships with rights owners, distributors and co-publishers.

As non-execuitive chairman, d’Hueppe will work on defining the Company’s strategy and share his vision of the SVOD market, according to Alchimie.

D’Hueppe said: “2021 has been an intense year both professionally and personally, putting Alchimie’s governance to the test. I am delighted with Pauline’s appointment. Her experienced profile and her in-depth knowledge of the sector’s players will be invaluable assets for the success of the new deployment phase. Alchimie has chosen to entrust this task to an experienced person who will also significantly strengthen the Company’s governance with the dissociation of the two roles.”

Grimaldi d’Esdra said: “I am very happy and enthusiastic about the idea of joining the Alchimie team, which is carrying out a disruptive and ambitious project. Alchimie has solid fundamentals and offers something that is in line with the new ways of consuming content. I look forward to continuing to develop the platform by offering more premium and affinity content to our current and future subscribers.”

Historia y Vida currently has over a million unique users online, with over 2.2 million page views.

The new history-themed SVOD channel co-published with Alchimie will launch with a special offer of €2.99 per month for the first year of subscription. The promotional offer is available until end of January 2022, after which the channel will be priced at €4.99 per month.

“We’re delighted to launch Historiayvida.TV with Alchimie. The magazine has a devoted reader base who are passionate about historical content and thirsty for more. We had been considering launching a channel for some time but only Alchimie has both the technology and quality of library content to match our audience’s high expectations,” said Isabel Margarit, director of Historia y Vida magazine, a company belonging to Grupo Godó.