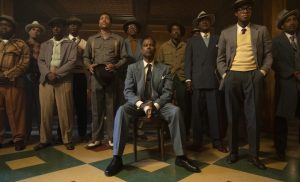 Metro Goldwyn Mayer (MGM) has expanded its streaming service after striking a deal with Mediaset in Italy.

MGM, which is in the midst of being acquired by Amazon, will launch its on demand service on Mediaset’s recently launched Infinity streaming platform.

It will offer an array of library content, including shows from the Stargate sci-fi franchises including SG-1, Atlantis and Universe, along with long-running dramas Fargo and Teen Wolf.

Movies will also be on offer, including 21 and 22 Jump Street, as well as The Pink Panther, The Girl With The Dragon Tattoo and Raging Bull.

The Handmaid’s Tale studio is currently in the process of being bought by Amazon in an $8.45bn deal, struck in May. It is facing opposition from some US senators, as well as trade unions.