Jonas Gustafsson has been named as the new CEO of Allente, the pay TV joint venture between Nordic Entertainment Group (NENT Group) and Telenor,

Gustafsson, whose appointment is effective as of today, was previously CFO and head of operations at Allente, and prior to that CEO of Viasat Consumer and acting CEO for NENT Group Sweden. His promotion comes after Bjørn Ivar Moen, the 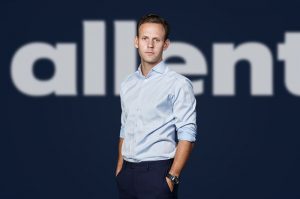 previous CEO of Allente and formerly CEO of Canal Digital, was appointed CEO of Telenor Sweden, effective from October 1.

Ivan Busk Ginnerup, currently business and fnancial control director at Allente, has been named as the company’s acting CFO.

Allente was formed last year through the merger of NENT Group’s Viasat Consumer and Telenor Group’s Canal Digital businesses. The company offers satellite TV, streaming packages, and IPTV and fibre broadband services to over one million customers in Norway, Sweden, Denmark and Finland.

NENT Group and Telenor Group each own 50% of the outfit, which operates as an open platform offering content from multiple providers. Allente has 300 employees across Sweden, Norway, Denmark and Finland, and is co-headquartered in Stockholm and Oslo.

Anders Jensen, NENT Group President and CEO, said: “Allente is a key partner for NENT Group across our various platforms and especially for our Viaplay streaming service. Our long-term distribution agreement means that Allente customers across the Nordic region can enjoy a uniquely tailored entertainment offering. Jonas is a very talented leader and we of course know him well from his time at NENT Group, so Allente is in excellent hands. A big thank you to Bjørn Ivar for leading Allente on its first steps as a new company and best of luck with the new assignment at Telenor Sweden.”

Ove Fredheim, CEO Telenor Group Holdings and Chairperson, Allente, said: “Bjørn Ivar and Jonas have done a fantastic job during Allente’s first year. I look forward to working with Jonas as he focuses both on the current business and the growth opportunities ahead.”

Gustafsson said: “The TV sector is constantly transforming and I’m very pleased with the position that Allente has established in the Nordic market in such a short time. Thanks to our fantastic team and strong partnerships we’re ready to take the next step, and I’m really excited about leading Allente’s journey over the coming years.”