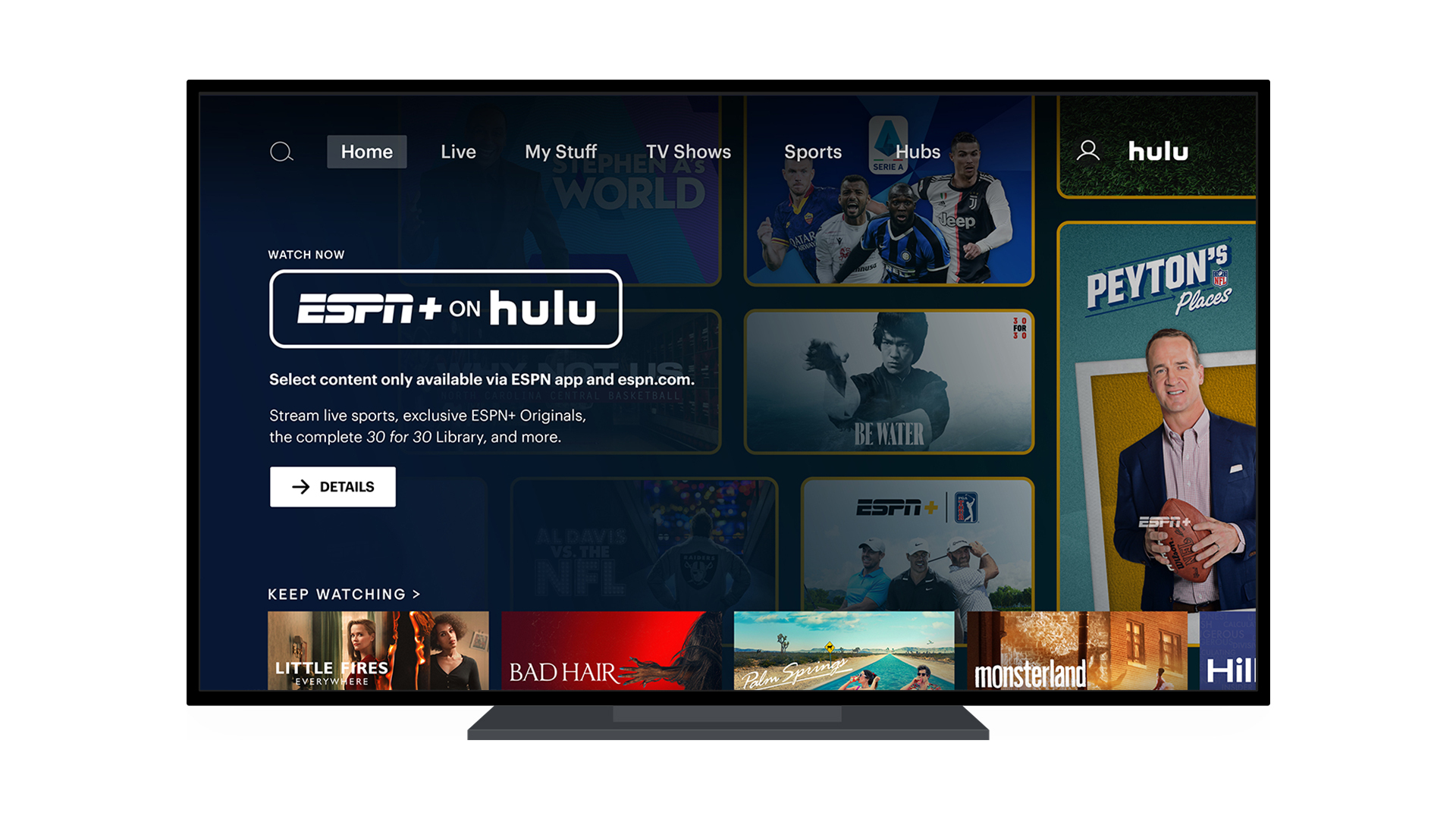 Disney has integrated ESPN+ into Hulu as it continues to evolve its DTC strategy.

The company will hope that providing greater access to ESPN+ via Hulu will boost signups to the US$5.99 per month offer, which is the least subscribed to part of Disney’s streaming portfolio. ESPN+ has benefitted from its inclusion in the ‘Disney Bundle’ of Disney+, Hulu and ESPN+, but still only has 12.1 million subscribers versus Hulu’s 39.4 million. Disney+ this week surpassed 100 million subscribers globally, the company announced this week.

Disney said that 60% of Hulu subscribers identify as sports fans, and that the content integration will give fans “even more choice and flexibility in how they get and watch sports.”

ESPN+ programming includes UFC, NHL, Bundesliga, FA Cup, Serie A and PGA Tour coverage among others. It also has an extensive catalogue of documentary series and studio shows such as the award-winning 30 for 30 film series.

The company added that Hulu subscribers who also take ESPN+ will be able purchase and watch the sports streamer’s pay-per-view events on Hulu.

Disney has not clarified whether ESPN+ will continue to operate as a standalone platform or be fully absorbed into Hulu.

The company’s decision to bring ESPN+ into Hulu comes at a time when major broadcasters are increasingly depending on sports as a key part of their streaming products. NBCUniversal’s Peacock offers a significant sports package as a part of its premium US$4.99 tier including coverage of more than 175 English Premier League games per season. ViacomCBS meanwhile has made sports one of the tentpoles of its just-launched Paramount+ player, with the broadcaster holding rights to the NFL.