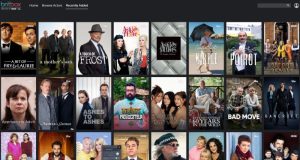 BT TV subscribers will get a six-month complimentary subscription to BritBox, the companies have announced.

Expanding on a partnership initially announced in May, new and existing customers are able to take advantage of the offer which saves them just shy of £36 over the six month period.

During that time, users will have access to content from the BBC-ITV joint venture such as Top Gear, Downton Abbey and Broadchurch along with films from Film4 and originals like the recently rebooted Spitting Image.

Sharon Meadows, Director of Propositions, BT said: “There’s never been a better time to sign up to BritBox and for our TV and broadband customers the next 6 months are on us. We could all do with a little entertainment right now and what could be better than indulging in some of the most iconic British dramas, comedies and films?”

Tom Price, BritBox’s Commercial Director said: “‘It’s fantastic that BT is making it even easier for their customers to join BritBox, and with this new offer there’s no reason not to give it a try and experience brand-new Spitting Image alongside the best collection of amazing British box sets, films and theatre.”

BritBox has not released UK subscriber numbers since its November 2019 launch, but its UK managing director Will Harrison last week said that the JV was “very happy with how the performance has gone,” while ITV SVOD group director Reemah Sakaan noted that it is “focused on moving as fast as we can” in regards to international expansion.

This announcement with BT is confirmation of comments that Harrison made while speaking at the Broadcasting Press Guild event last week.

The news also comes as BritBox North America president & CEO Soumya Sriraman departs the company. Sriraman had held the role since 2017 and built the service up to reach 1.5 million subscribers in the US and Canada.