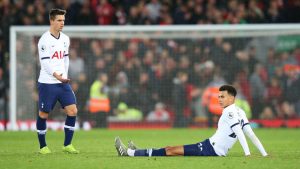 According to a new report from the Daily Mail, Sky’s average viewership across the first three rounds of Premier League fixtures is slightly down on normal levels.

The league did not initially intend on allowing for all matches to be broadcast, but made a dramatic u-turn on the eve of the 2020/21 season’s kick-off to allow a combination of Sky Sports, BT Sport, Amazon and the BBC to show every match.

This new report says that average viewership is down, but this is arguably no cause for concern. It goes on to say that the 12 matches initially scheduled for broadcast by Sky Sports were up by a modest 8% when compared to last season. This would indicate that the figures are being dragged down by matches with lower interest which typically would not have been shown live.

The league extended the blanket broadcasting through to the first weekend of October, but will now meet with clubs and broadcasters to decide what happens next – particularly in light of the fact that the initially planned phased return of fans to stadiums was recently scrapped.

Many still fear oversaturation, and these figures suggest that the novelty of having access to every single kick of the ball in England’s top-flight competition may have worn off since its introduction during the 2019/20 season’s ‘project restart’.

The league is also concerned that broadcasting every match devalues its current rights deals, and would make future negotiations more difficult as broadcasters become accustomed to paying less for more coverage.

One recently floated suggestion has been allowing clubs to stream non-televised matches for season ticket holders and on a PPV basis in an effort to plug a gap in an expected £540 million shortfall from lost matchday revenue.

This suggestion however has also been met with criticism from fans of the league’s lower profile clubs who are featured less frequently by Sky and BT.