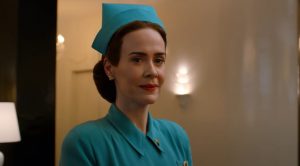 Netflix has launched a new feature designed to make it easier to find newly added content to the streaming behemoth.

The company is looking to solve the selection anxiety experienced by many viewers who can be overwhelmed by the thousands of shows and movies on offer from Netflix with a new tab called New & Popular.

The dedicated section will group together a number of content rows including New on Netflix, Coming Soon and Top 10, along with a newly introduced row called Worth The Wait.

The latter is a new introduction which will show subscribers a preview of what is coming to Netflix between the next 15-365 days. This should go some distance to inform users of what’s coming to the streamer, rather than solely relying on algorithmically-driven content suggestions.

The New & Popular tab will be exclusive to TVs and TV-connected devices, at least initially, and is a wide rollout following a successful test in April.

This is an example of a Netflix feature experiment going well, and comes just under a year after it trialed variable playback speeds for mobile viewing. This was met with significant amounts of controversy from creatives in the industry, and Netflix had to slightly backtrack and say that it was just one of a number of feature tests it carries out.

Netflix would do well to keep users aware of the content coming up as to avoid any sort of churn – particularly if Jefferies’s Alex Giamo’s prediction of a price increase in the “near to midterm” comes to fruition.

The streaming giant has done well so far in 2020 and has capitalised on the stay-in-place orders around the world to add 10 million subscribers globally, but will look to avoid a repeat of 2019 when it lost subscribers for the first time as a result of a US pay hike.