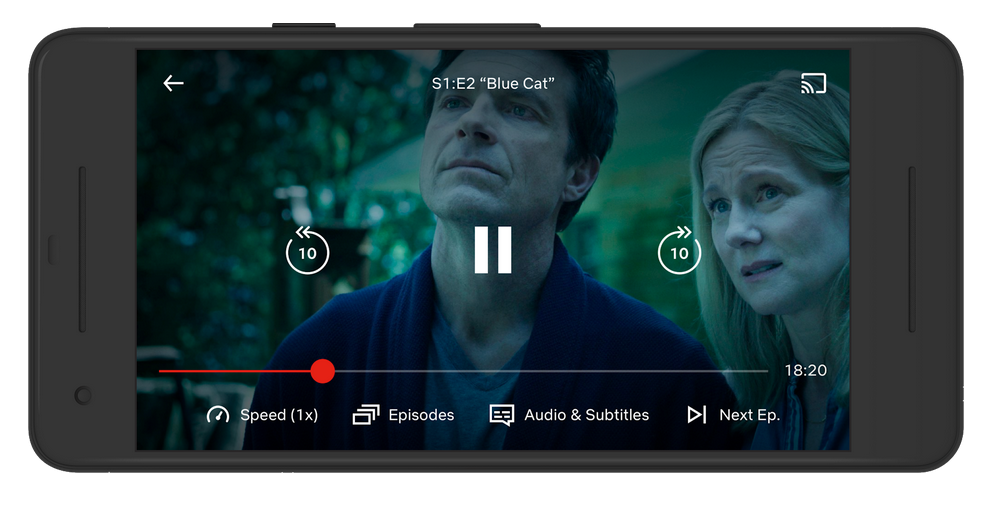 Netflix has defended its player control tests, saying that the company has “no plans to roll any of these tests out in the short term.”

It was earlier reported that Netflix had been testing variable playback speeds with certain users of its Android app, a move which has proved to be controversial with many critics.

One column in The Guardian described the move as “exposing Netflix’s identity crisis,” while comedy filmmaker Judd Apatow tweeted that the decision was “ridiculous and insulting.”

The post goes on to say that other recent tests include the ability to alter brightness on a user’s phone without going into settings, and the ability to find language and audio settings more easily. Another recent test saw the company experiment with a pop-out player that allowed users to watch the video in a small box that hovers ahead of other applications.

Robison, who joined Netflix from Expedia in April of this year, said that the variable speed feature “has been frequently requested” by members.

She states that the feature “has long been available on DVD players” and could be useful for people “looking to rewatch their favourite scene or wanting to go slower because it’s a foreign language title.”

Responding to the vocal criticism from filmmakers, Robison said that the company has “been sensitive to creator concerns and haven’t included bigger screens, in particular TVs, in this test.”

She concludes by saying that whether Netflix introduces these features permanently “will depend on the feedback we receive.”

As this test has garnered little asides from angry column inches, it seems very unlikely that Netflix will make variable speeds a permanent fixture going forward.