Disney+ already one of the Nordics’ top SVODs after two weeks 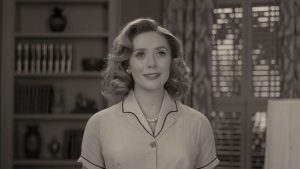 Disney+ has reportedly become one of the top streaming services in the Nordic region after just two weeks of availability.

The streamer continued its European rollout in mid-September across eight countries, and now analysis from Mediavision shows that more than 10% of homes in the Nordics are already subscribed to the service. Sweden is leading the way, with 450,000 households paying for a subscription (the country has a total of approximately 4.7 million households).

The report notes that it took Netflix more than a year to reach a similar number of subscribers, arguing that the market has matured significantly since the leading streamer launched in 2012.

Despite this meteoric growth, Mediavision’s analysis of Q3 found that the launch of Disney+ has had no significant impact on the subscriber figures for other services. This is likely due to Disney’s competitive pricing, and a public perception of the service as supplemental rather than replacing the likes of Netflix or local streamer Viaplay.

Marie Nilsson, CEO at Mediavision, said: “Disney+ has grown rapidly in the Nordics – proving a solid demand for this type of content. Thus far, the launch of Disney+ has both pushed new households to sign up for their first streaming subscription, and other to add another subscription to their bundle of streaming services.

“What the consequences will be in terms of household expenditures, or competition, in the long term can merely be speculated upon. It is clear, though, that Disney+ has obtained a strong position in the highly competitive Nordic streaming market, in a very short time.”

This report comes after a similarly positive analysis from Michael Nathanson of MoffettNathanson, who upped his estimates to predict that Disney+ will achieve 155 million global subscribers by 2024.