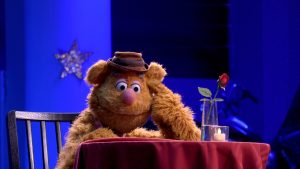 The company in August announced that it had exceeded 60 million global subscribers for the streamer which first launched in November 2019. Disney has a total of more than 100 million subscribers across all of its D2C products, but Disney+ is likely to surpass even that impressive total on its own within its first few years.

According to industry analyst Michael Nathanson of MoffettNathanson, the streamer will reach 50 million subscribers in the US and 155 million globally by 2024.

He wrote: “While it is still too early to know how the profitability forecast will play out depending on how much Disney will seek to re-invest the higher revenue run rate into programming, we can see the dramatic upside at Disney+ relative to the company’s initial guidance and our estimates.”

He added that “Disney has proven to the Street that Disney+ is a big enough lifeboat to help the company reach the other side of this media landscape upheaval in a strong position.”

Disney+ is indeed the one lifeline for the company amid the ongoing global pandemic and the seeming lack of progress to curb its acceleration in the US. As a result, Disney has shelved its theatrical calendar for the year, and has had to lay off 28,000 staff from its theme parks division.

The report also noted that sports broadcast ESPN will also suffer, with advertisers curbing their spending. Nathanson said that he expects ESPN’s pay TV revenues will decline by 9% in 2020 and said: “Given these secular pressures, ESPN’s linear channel business will have a hard time maintaining its level of profitability over the next few years even if no major sports rights are dropped.”