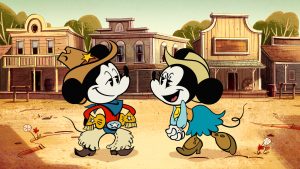 Disney+ is continuing its global roll-out by launching across eight countries in Europe from today.

The streamer – which houses content from Disney, Pixar, Marvel, Star Wars, National Geographic and others – will become available in Norway, Denmark, Sweden, Finland and Iceland, as well as Belgium, Portugal and Luxembourg.

Originals range from Star Wars spin-off The Mandalorian to The World According to Jeff Goldblum and docu-series The Imagineering Story, while library content includes the first 30 seasons of The Simpsons.

Disney+ has surpassed growth predictions since its launch in the US earlier this year, with its global expansion continuing later this year with a roll-out in Latin America in November.

With its largest money-making segment – parks and experiences – being critically hit recently by the coronavirus pandemic, Disney is increasingly looking to its direct-to-consumer division to help fill the gap.

The company now has 60 million subscribers for Disney+ and more than 100 million global SVOD customers across its offering, which also includes Hulu and ESPN+. The Mouse House has also unveiled plans to launch a new international direct-to-consumer offering named Star.

Rebecca Campbell, chairman of Walt Disney direct-to-consumer and international, said of the European launches: “We have surpassed 60.5 million paid subscribers globally, and today we continue our international expansion with the launch of Disney+ in eight countries. As a major force in the global direct-to-consumer space we’re bringing high-quality, optimistic storytelling that you expect from our brands to even more people.”