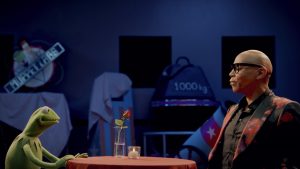 Disney+ is on track to surpass the subscriber numbers of Hulu by 2024 in the US, claims an analyst report.

According to Insider Intelligence, Disney+ will have 72.4 million subscribers in 2020, amounting to 32.1% of US OTT viewers. By contrast, Netflix is predicted to reach 168.9 million subs in the US, while Amazon will reach 130.1 million, and Hulu, Disney’s less IP-focused SVOD, will be in third place with 94.5 million subs.

Apple TV+, which launched in the country just before Disney+, is predicted to hit 18.8 million subs, albeit with a content library that is far smaller.

With already impressive growth for Disney+, the streamer is predicted to surpass its sister streamer Hulu by 2024. By that point, Disney+ will have 123.4 million domestic subs, while Hulu will be at 115.6 million.

Eric Haggstrom, eMarketer forecasting analyst at Insider Intelligence, said: “Since its launch, Disney+ has been able to grow quickly by using a low price point and leveraging a vast library of content. Bundled offerings with Hulu and ESPN+, as well as distribution deals with Verizon, have enabled it to grow new subscriptions quickly and reduce subscriber churn.

“Disney+ has seen rapid audience growth and has partially benefitted from lockdowns and stay-at-home orders. However, while COVID-19 has helped drive adoption of the service, movie and TV production shutdowns could act as roadblocks. It will be difficult for Disney+ to continue growing viewership in 2021 with a light batch of new releases.”

At the end of Q3, Disney had over 100 million streaming subscribers globally, with a little over 60 million being for Disney+. In spite of this growth, the pandemic hit box office and theme park segments led to losses of US$5 billion.