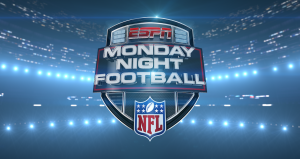 The National Football League (NFL) has announced a new three-year partnership in the UK with ViacomCBS Networks International.

The deal sees the return of NFL to Channel 5, which previously broadcast the league from 1998-2009. Its live coverage will kick off on September 14 with the New York Giants hosting the Pittsburgh Steelers at a fan-less MetLife Stadium.

While Channel 5 is at the fore of this deal, it is also a multiplatform partnership that promises to provide “new and unique content” across MTV International’s digital platforms in the country.

Sameer Pabari, NFL managing director of international media, said: “We are very proud to have agreed a new partnership with ViacomCBS and Channel 5. The range of content available across different time slots and platforms means there is something for everyone – from established fans to those new to the sport. We look forward to working with the ViacomCBS family to develop a vibrant community around their coverage of our sport.”

Lee Sears, SVP head of sales and partnerships, ViacomCBS Networks International said: “We’re excited to be using our in-house expertise at Velocity to create a range of custom content that will appeal to fans of the NFL and non-fans alike. By harnessing the power of our social platforms and tapping into our reach across these platforms, we will help bring the NFL to a whole new audience.”