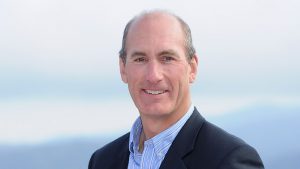 AT&T’s Xandr ad unit is reportedly next on the chopping block for the US telco as it attempts to plug the US$151 billion hole on its balance sheet.

According to sources cited by Reuters, the indebted AT&T is looking to wheel back many of its aspirations to transform from a wireless carrier to a full media and advertising juggernaut under new CEO John Stankey.

Xandr was created in 2018 off the back of AT&T’s US$1.6 billion acquisition of ad tech firm AppNexus. The firm was designed to give advertisers the chance to target consumers using AT&T’s consumer data across phone, internet and TV services. Analysts however have criticised Xandr as falling behind a number of its competitors and having few new product offerings in the past couple of years.

Overall, AT&T has spent more than US$135 billion on acquisitions in its expansion plans, including the 2016 deal to buy Time Warner for US$108.7 billion and 2015’s ill-fated purchase of DirecTV for US$48.5 billion which causes problems for the company to this day.

Under a new CEO and amid an economic crisis, AT&T is believed to be looking for ways to recoup its losses by selling off superfluous assets and, with the company going all-in on recently launched streaming service HBO Max, Xandr is understood to be one of those.

In comments to the news wire, Tal Chalozin, founder and chief technology officer ad tech firm Innovid, said that the sale of Xandr is significant for putting “a nail in the coffin of this whole idea that there is money to be made for [telecos] in marketing.”

One AT&T asset that is sticking around however is Crunchyroll, the insider said. It was previously reported that AT&T was looking to offload the anime streamer to Sony for US$1.5 billion, but the source said that this is no longer being considered as the product fits into its entertainment portfolio.

The SVOD recently announced a restructure of its membership, with the addition of new, more expensive membership tiers which offer streaming on additional simultaneous screens and offline viewing.