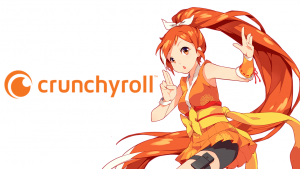 WarnerMedia-owned anime streaming service Crunchyroll has announced a number of new pricing tiers, with the most welcome addition being an updated premium tier which adds offline viewing.

The streamer, which recently passed three million paying subscribers and has over 70 million registered users, has added two new tiers in addition to the pre-existing free and £6.50/US$8 per month ‘fan’ option.

The two new tiers are dubbed Mega Fan and Ultimate Fan – though Crunchyroll has confirmed to Digital TV Europe that this is only available in the US.

Costing £7.99/US$10 per month, Mega Fan offers the same features as the Fan tier (ad-free viewing, day-and-date releases and access to an extensive manga library), but adds access to four concurrent streams and offline viewing.

The Mega Fan offer is also available in the UK as a one-off annual payment of £79.99. This represents a discount of 16%.

The US-only Ultimate Fan package is an extra US$5 per month, and bumps the number of concurrent streams up to six. In addition, subscribers to the niche streamer will have exclusive access to merchandise and US$25 off a US$100 Crunchyroll Store purchase each quarter.

The announcement comes at a time when parent company AT&T is reportedly trying to sell the service to Sony, which owns rival anime streamer Funimation.

AT&T currently has US$151 billion in debt and is looking to alleviate a small amount of that with a US$1.5 billion sale, though it is understood that this is far more than Sony would consider paying.