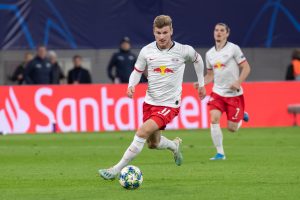 Discovery will once again sub-licence its domestic rights to more than 40 German Bundesliga matches to DAZN for the 2020/21 season ahead of the sports streamer starting its own deal with the league the following year.

Discovery-owned Eurosport initially wanted to exercise a ‘special termination’ clause in its contract that would allow it to get out of its €70 million per-year deal, but that was blocked by the German Institution for Arbitration (DIS) last week.

Eurosport had spent the previous year sublicensing its rights at a loss, hence its move to exit the deal a year early.

With Eurosport unable to bail out of the deal, it will go back to a sublicensing agreement with DAZN which is similar to its previous deal.

As announced by the sports streamer, DAZN will broadcast 45 games, including 30 Bundesliga games on Fridays, five on Sundays and five on Monday. In addition, DAZN will air the German Supercup and relegation playoff matches.

Starting from the 2021/22 season, DAZN will stream exclusive coverage of 106 matches per season for four seasons from 2021 across Germany, Austria and Switzerland. This includes two of the three top picks for each Bundesliga match weekend. In the same season, the broadcaster will also carry 121 out of 138 UEFA Champions League matches, with DAZN using the combined rights haul to dub itself as the “new home of live football” in Germany.