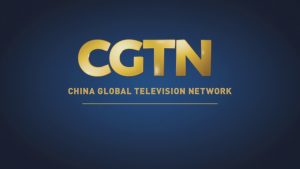 Ofcom is under increasing pressure to remove China Global Television Network (CGTN), the state-owned broadcaster, from the UK.

This comes after the broadcaster has been accused of breaching impartiality rules and airing forced confessions. The former was brought into prominence last month when the regulator found that CGTN had broadcast a forcibly obtained confession from former British journalist Peter Humphrey.

The broadcaster is available on a number of UK TV platforms and has heavily increased its European presence in the past few years through the opening of a London studio in 2019.

In addition, there are a further three investigations currently ongoing into the English-language broadcaster. Labour is set to raise the issue with Ofcom CEO Melanie Dawes, herself relatively new to the role.

Peter Dahlin, director of human rights group Safeguard Defenders – which has submitted a complaint to the regulator – said: “The best way forward is to revoke their licence to teach them that this is unacceptable. And then of course they can, according to the rules, reapply for a licence after that and restart the process.”

Tensions between the UK and China are currently at a high following the decision of the UK government to remove Huawei equipment from its 5G network and the ongoing hostile regime change in Hong Kong.

UK shadow culture secretary Jo Stevens said: “The findings against CGTN are damning and Ofcom have already said they will take action which could go as far as banning the channel from the UK airwaves. Ofcom has an ongoing duty to make sure those that hold a licence to broadcast in this country are fit and proper.

“All too often TV channels run by foreign states, such as Russia Today and the Iranian Press TV, which was banned in 2012, have found themselves unable to abide by the broadcasting code. CGTN and other state-backed broadcasters have a history of flagrantly breaching the Ofcom code. While the regulator can and does impose financial penalties, these are less of a deterrent than for other TV channels. There needs to be a review of whether the current sanction regime is sufficient.”

The Conservative government is hesitant to act, with Tory MP Damian Green saying that CGTN’s switch-off should only come as “a last resort.” The government may fear that banning the station could compound with the Huawei decision to make any post-Brexit trade talks increasingly difficult.