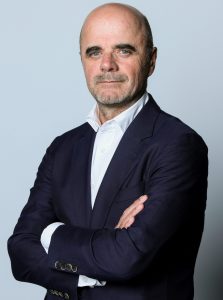 Telefónica and Atresmedia have hired Ignacio Corrales as managing director of Buendía Estudios, the new 50/50 joint venture of both companies.

Buendía Estudios has been launched with a remit to produce Spanish content for a worldwide audience and is described by the parties as “an unprecedented strategic alliance in the audiovisual industry in Spain that will promote creation, talent and content in Spanish”.

The studio will promote Spanish and Latin American talent across the world with a focus on national and international operators. It counts the likes of Movistar+, Amazon, Netflix and WarnerMedia amongst its clients.

Helming this JV will be Ignacio Corrales, an experienced figure in the industry who has held a variety of senior roles in film and TV production including managing director at Multipark Madrid, Vértice 360 and NeverSeen and vice-chairman of Lavinia.

Corrales said: “The birth of Buendía Estudios is very good news for the Spanish audiovisual sector and highlights a strong production industry in our country as well as its success in the international market.

“With this project, Telefónica and Atresmedia culminate their commitment to content and join their experience and resources to make Buendía Estudios a great global producer of content in Spanish. Our company was created with the aim of becoming the studio of reference for the creation and production of content in Spanish for the whole world.”