Google to invest US$4.5 billion in Reliance’s Jio Platforms business 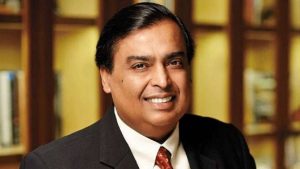 Indian media giant Reliance Industries has said that it will receive US$4.5 billion in investment from Google.

In particular, Google will be buying a 7.7% stake in Reliance’s Jio Platforms – its digital unit which contains its telecoms business Jio Infocomm along with its music and movie apps. Jio Infocomm is the largest mobile carrier in the country, with a total of 387 million customers out of 500 million total internet users.

Reliance is India’s highest-valued company, controlled by billionaire chairman Mukesh Ambani – the world’s sixth richest man. Ambani has sold 33% of the unit since April 2019, with Facebook also purchasing a 9.99% stake for US$5.7 billion.

Reliance said that Google will improve its tech plans which include developing voice assistants, building smart homes and creating an Android-based operating system for a planned low-cost 5G smartphone.

In comments made to Reuters, Sameer Samat, vice president for Android and Play at Google, said: “We want to ensure smartphones along with apps and services in the Play store are within reach for many more Indians. Given the pace of innovation in India, we felt like now was the right time to dramatically increase our commitment.”

The investment comes as a part of a pledged US$10 billion from Google to invest in the country.

The announcement was made during Reliance’s earnings call in which the company also unveiled an upgraded version of its Jio Set Top Box and the launch of its Jio TV+ content aggregation platform.