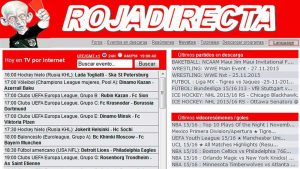 The high court of Denmark has ruled that pirate broadcaster Rojadirecta is illegal and must be blocked by ISPs in the country.

This decision came after a collaborative investigation into the pirate operation by Spanish football league La Liga and the Danish Rights Alliance.

Puerto 80 Projects SLU, the company behind Rojadirecta, tried to appeal the claims that it is a pirate operation as legal content is also available, but this was batted away by the court.

The case was first brought to court in 2018, when Rojadirecta had 19,000 visitors from Denmark in a month. The pirate site offered access to illegal streams of sports broadcasts from around the world.

Piracy is a serious problem in the country,  with estimates that 250,000 Danes used illegal TV services in 2018 alone.

Melcior Soler, audiovisual director at La Liga, said: “The industry must continue to fight audiovisual piracy worldwide. This achievement encourages us to continue and reaffirms our position that piracy is a scourge not only for La Liga but for all of football. La Liga will keep investing in technology to fight piracy and defending the audiovisual rights of La Liga and its clubs.”

Danish Rights Alliance director Maria Fredenslund said:“Practically, this means that there is now access to block services that offer illegal tv and live sports. This is a hugely important development, especially for broadcasters who at great expense pays for exclusive rights to sports content.

“The Danes’ interest in illegal TV and pirated content simply emphasises the importance of a ruling like the one from the high court. In the future it will now be much easier to cut off access to these illegal services.”

This is the latest in a string of high-profile rulings in recent times, with a Moscow court backing La Liga last month over three pirate sites which were attracting 1.14 million visitors per month.