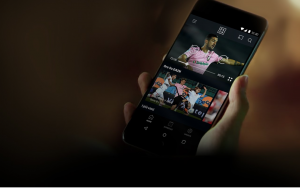 The number of SVOD users paying for their subscription via mobile operators is expected to reach 170 million by 2025.

According to new figures from Digital TV Research, the gross number of smartphone SVOD subscribers will double across 138 countries between 2019-25, with the total climbing by 25 million in 2020 alone.

Telcos are increasingly partnering with streaming platforms to distribute their players to their customers, with that cost being added onto their monthly mobile phone bill. A recent example includes O2 in the UK, which in March announced a distribution deal with Disney for Disney+.

Similarly, many telcos are launching SVODs themselves. This is perhaps most visible in the US, where AT&T has HBO Max and Comcast is soon to launch Peacock.

The research notes that the average smartphone SVOD subscriber will pay for 1.83 gross SVOD subscriptions by 2025 – up from 1.45 in 2019. This is however lower than in fixed broadband homes.

Predictably, smartphone SVOD adoption will be highest in emerging markets where disposable incomes are limited. India is one such country, where streaming services like Disney+ Hotstar are predominantly accessed via mobile.