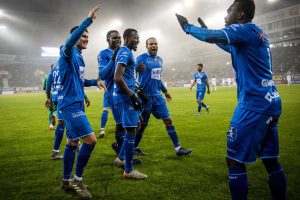 Eleven Sports has signed its five-year domestic rights deal with Belgium’s Pro League after more than four months of dispute with two clubs.

The league originally voted for a five-year deal with Eleven Sports worth €103 million per season in February, but it was opposed by top clubs Antwerp and Gent. Gent was quick to back down, but Antwerp was still opposed to the distribution of broadcast revenues until the middle of March.

With the two clubs now onside, Eleven Sports and the Pro League officially signed the deal on Friday.

Pierre François, Pro League chief executive, said: “I am delighted about the signing of the agreement but also about the relationship Eleven Sports and the Pro League have built during the negotiations. The agreement is, of course, in line with the provisions of the tender. We signed a strong agreement today, which will benefit both our clubs and the fans.”

Guillaume Collard, Eleven Sports’ managing director in Belgium and Luxembourg and group head of acquisitions, said: “Concluding an agreement of this scale takes time. I would like to thank Pierre François and [head of legal and media rights] Leander Monbaliu of the Pro League, as well as the 24 clubs, for their confidence. This is a new step for Belgian football. We are excited to get started on the 7th of August. In the coming days, we will announce the signed agreements and we will explain our plans for next season.”