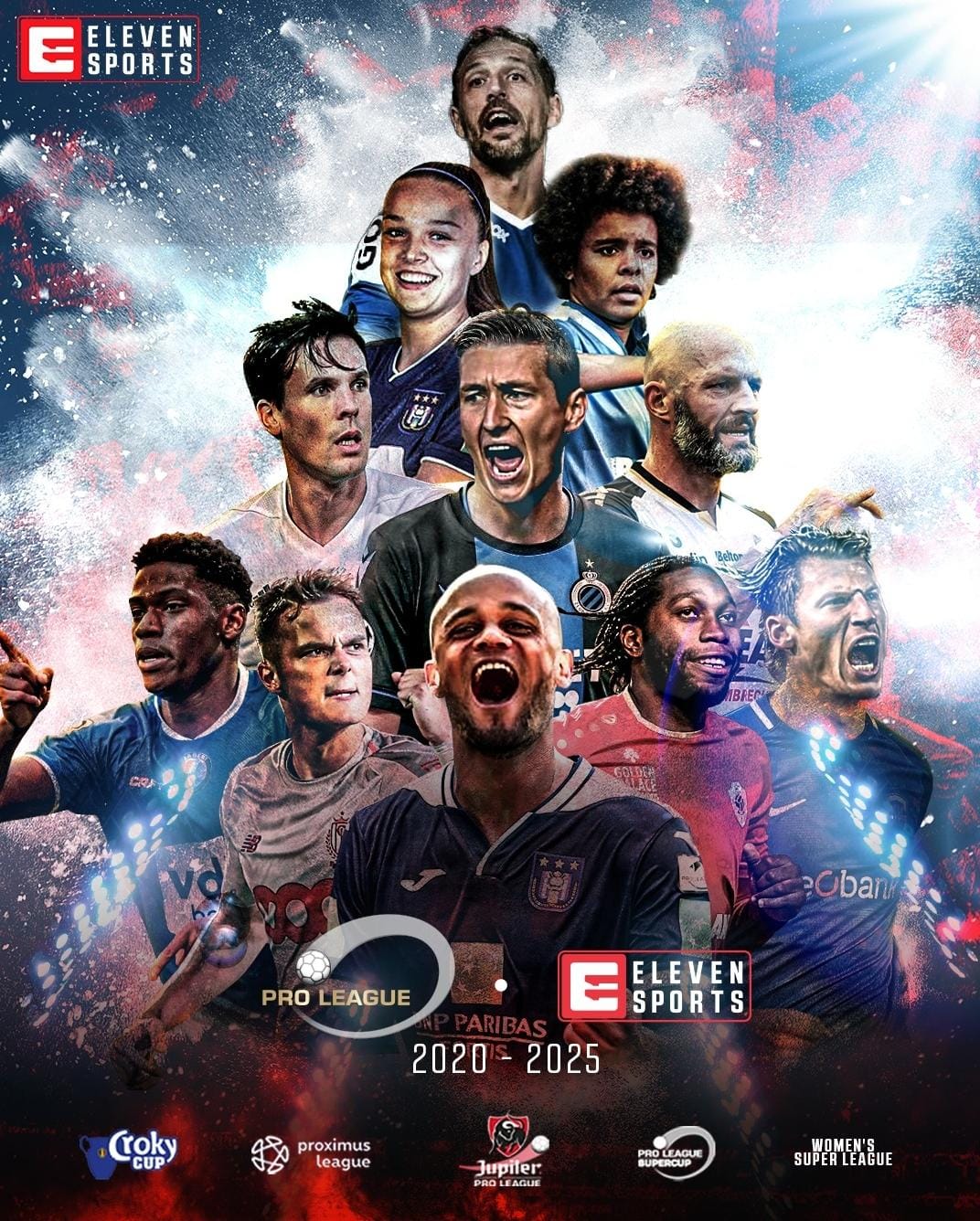 Sports broadcaster Eleven Sports Belgium has confirmed that it has secured live and exclusive rights to Belgian domestic football for the next five years after concluding a deal with the Pro League.

Eleven originally agreed a deal in February, but two teams – Antwerp and KAA Gent – pulled out of the collective process. After a period of what Pro League CEO Pierre François described as “intensive negotiations”, Antwerp, which had been holding out, has agreed to participate in the agreement.

Eleven’s channels in the country are distributed by Belgian TV operators to over 750,000 homes, and it also operates an OTT platform and social channels.

Eleven Sports Belgium also has rights to LaLiga, Bundesliga, Serie A and the FA Cup in the country.

Marc Watson, executive chairman, Eleven Sports Group, said: “In these uncertain times, we are pleased to have some positive news to share with Belgian football fans. This is the first time Eleven has secured the domestic rights to one of European football’s major leagues. It is a milestone moment for the progress of our group and testament to the quality of our team and the fan-centric platform that we have built up in Belgium since 2015. It is also thanks to the fantastic support we have received from our local partners. We are dedicated to continuing to work through these current challenges to bring the best content possible to our fans around the world.”

Guillaume Collard, managing director of Eleven Sports Belgium and Luxembourg and group head of acquisitions, said: “The Pro League’s decision to grant us the rights to Belgian football for the next five years is an important moment for Eleven Sports Belgium. We are committed to delivering the best possible experience to fans, clubs and the Pro League, and playing our part in growing the Belgian game. We would like to thank the Pro League and the clubs for the efforts they have made over the past few weeks to bring everyone together around our ambitious project, in these difficult times.”