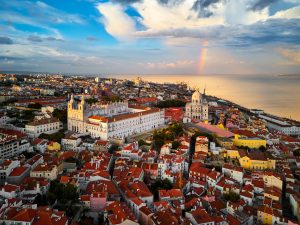 According to Autoridade Nacional de Comunicações (Anacom) – Portugal’s national regulatory authority for the communications sector – there were 4.1 million subscribers by the end of March. This translates to 89% of households in the country having some form of pay TV subscription, 3% more than Q1 2019.

Anacom attributed this growth to the increased coverage of FTTH, which saw a year over year increase of 271,000 (15.9%) to a total of 2 million. Fibre continues to be the main means of accessing TV, accounting for 48% of the total.

The body noted that DTH’s decline has slowed – in Q1 2019 it fell by 9.1% Anacom suggested that this stunted decline was as a result of the state of emergency which was enforced on March 19.

This state of emergency also impacted the DTT switchover of frequencies which was started on February 7 and suspended on March 13.

The NOS Group was the largest Portuguese pay TV operator with 39.9% of customers, though only marginally ahead of MEO with 39.7%. Vodafone with 16.5% and NOWO with 3.7% make up the rest with both capturing the most subscribers in relation to Q1 2019.