Pay TV continues to grow in Portugal, driven by FTTH

Pay TV is continuing to grow in Portugal, which saw a 4.1% rise in subscriber numbers in the year to March, taking total pay TV penetration to 89%. 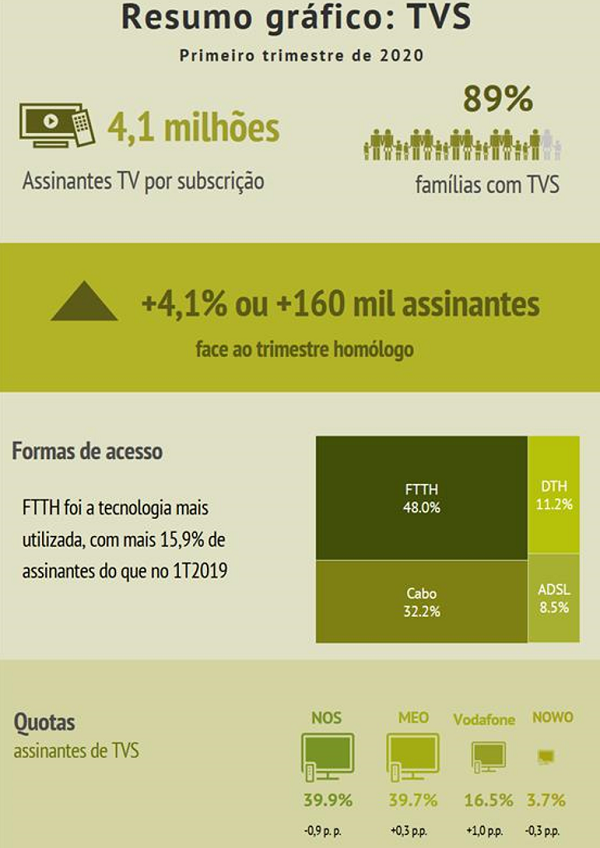 Numbers grew by 160,000 over the year to reach 4.1 million, according to statistics compiled by regulator ANACOM.

Growth was primarily driven by bundled offerings over fibre-to-the-home networks. FTTH subscribers jumped by 271,000, or 15.9% in the year to March.

According to ANACOM, the decline in DTH satellite numbers slowed down in Q1, with the total at the end of March being 4.7% lower than a year previous. The comparable year-on-year decline for Q1 2019 was 9.1%.

The regulator said that one provider had seen an increase in DTH numbers and speculated that the slowdown in its decline overall could be associated with the coronavirus lockdown, which came into effect in Portugal on March 18.

NOS remains the leading pay TV provider, with a market share of 39.9%, but ANACOM noted that this share had slipped below the 40% for the first time.

Altice Portugal/Meo is second-placed with 39.7%, followed by Vodafone with 16.5% and cable operator Nowo with 3.7%.