Western Europe is set to see SVOD subscriptions double to over 197 million SVOD by 2025, up from 88 million at end-2019, with the coronavirus lockdown providing a major boost, according to data from Digital TV Research. 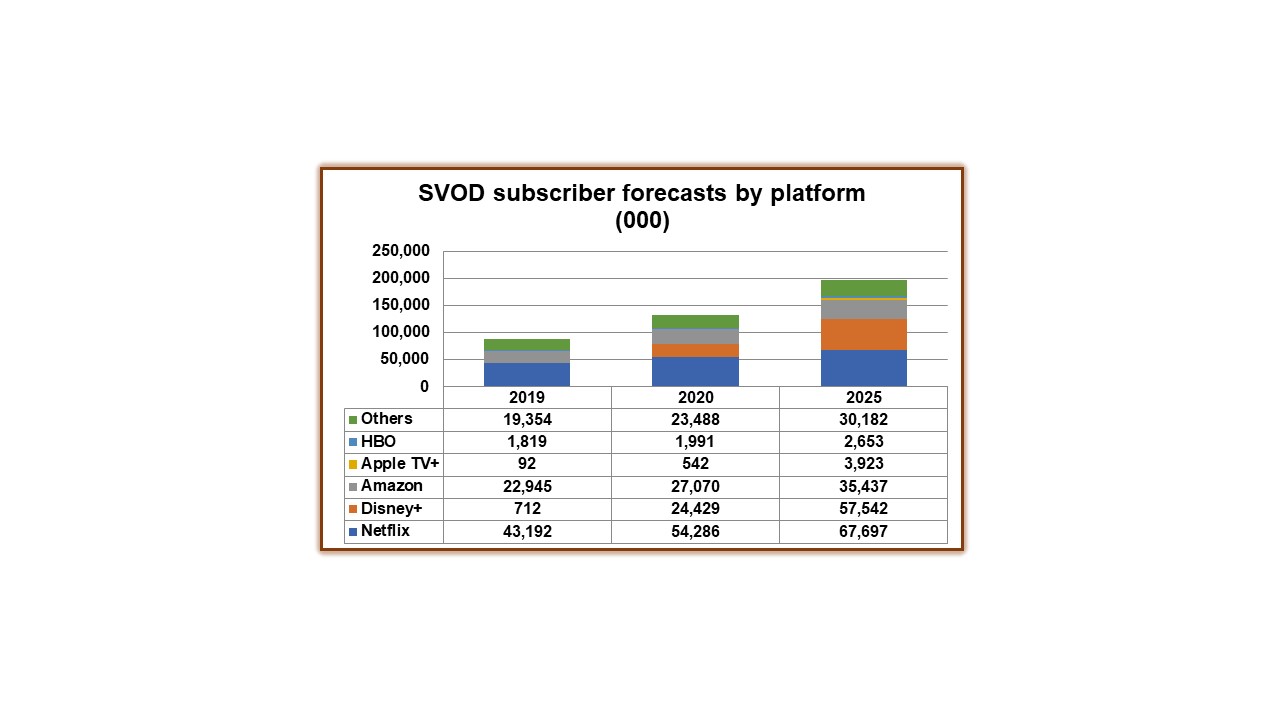 According to the research outfit, about 45 million SVOD subscribers will be added in 2020 alone as the crisis keeps people at home.

Netflix is expected to remain the largest pan-regional SVOD platform, with 67.7 million paying subscribers by 2025. Netflix will add 24 million subs from 2019, according to Digital TV Research.

Disney+, which will be available in most Western European countries by mid-2020, forecast to have 57.54 million paying subscribers in that region by 2025.

“The Covid 19 pandemic and subsequent lockdowns have had two major effects on Western European OTT: a surge in SVOD subscriptions and a loss in advertiser confidence, which will result in lower AVOD growth for 2020,” said Simon Murray, principal analyst at Digital TV Research.

“Netflix reported impressive first quarter results and the newly-launched Disney+ has enjoyed great success. Crucial for the SVOD platforms will be retaining subscribers after the lockdown is lifted – and to attract new ones.”

On the possibility that new additions signed up during the lockdown may churn later, Murray admitted that this was a danger, particularly given the freeze on new production, but added that Disney+ was likely to fare relatively well in any case.

“The danger is that subscribers will watch so much of one platform’s library during lockdown that they will unsubscribe if they feel that there is little left for them to watch. This will affect Disney+ less as its younger audience will watch the same content multiple times. Older audiences to the other platforms always want new content, which may be difficult to achieve especially given the production suspension during lockdown,” he said.