Randall Stephenson is to retire as AT&T CEO and will be replaced by president and chief operating officer John Stankey. 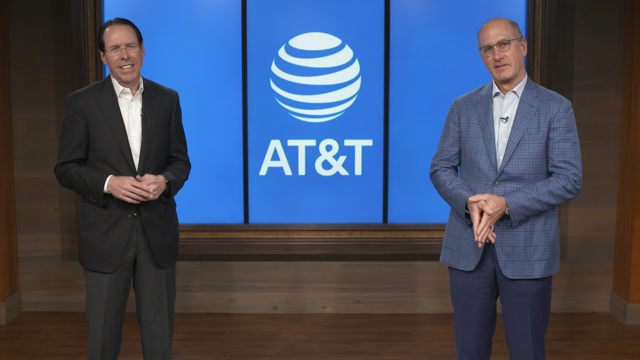 Stephenson, aged 60, will step down from the role on July 1 but will remain executive chairman until January to ensure a smooth transition, the company said.

AT&T is characterising Stankey’s appointment as the final phase of a succession planning process that AT&T’s Board began in 2017, which included a thorough evaluation of internal and external candidates.

Stankey, 57, has served as president and COO since October 2019. Prior to that he was CEO of WarnerMedia following AT&T’s acquisition of the media group. He joined AT&T in 1985 and has also served as CEO of AT&T Entertainment Group; chief strategy officer; chief technology officer; CEO of AT&T operations and CEO of AT&T business solutions.

AT&T said that its board will elect an independent director to chairwhen Stephenson steps down from that role at the beginning of 2021.

One of the challenges he will face will be keeping activist investor Elliott Management, which has been highly critical of the company’s strategy, on board. Elliott reportedly supported his appointment after concluding that no external candidate was suitable.

Stephenson said, “I congratulate John, and I look forward to partnering with him as the leadership team moves forward on our strategic initiatives while navigating the difficult economic and health challenges currently facing our country and the world. John has the right experiences and skills, and the unflinching determination every CEO needs to act on his convictions. He has a terrific leadership team onboard to ensure AT&T remains strong and continues to deliver for customers and shareholders for years to come.”

Stankey said: “I’m honoured to be elected the next CEO of AT&T, a company with a rich history and a bright future. My thanks go to Randall for his vision and outstanding leadership during a period of tremendous change and investment in the core capabilities needed to position AT&T well for the years ahead. And I appreciate the Board’s confidence in me leading the company during our next chapter of growth and innovation in keeping people connected, informed and entertained. We have a strong company, leading brands and a great employee team, which I’m privileged to lead. I couldn’t be more excited about the new opportunities we have to serve our customers and communities and create value for our shareholders.”